The Department of English and Humanities at University of Liberal Arts Bangladesh (ULAB) has organised its 5th Inter-University Student Conference and Cultural Competition.

This year’s competition themed “The Romantic and The Gothic” was held at the ULAB Permanent Campus in Mohammadpur on Apr 18-19, 2019.

The event featured two segments: an academic session and a cultural competition.

The winner of the academic session was Shamael Mortuza from ULAB for her paper titled “The Fault in Coleridge’s Stars: A Contrapuntal Reading”.

The runner-up was Mairuna Farhin from BRAC University for her paper on “The Darkling: A Depiction of the Byronic Hero as an Anti-Villain” 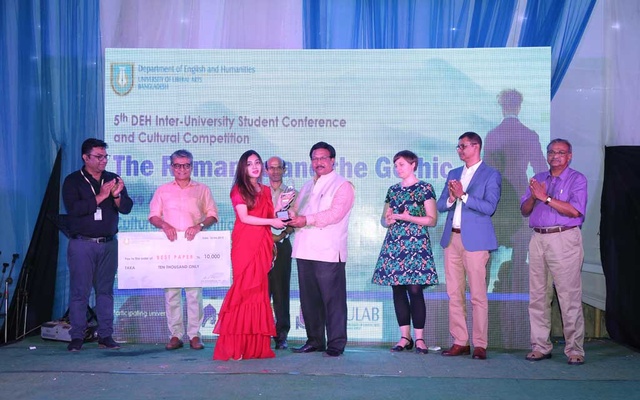 ULAB also won the cultural competition, while the runner-up was University of Asia Pacific. 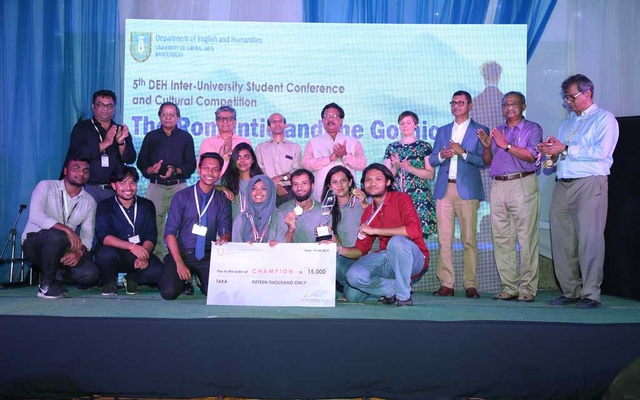 Liaquat Ali Lucky, Director General of Bangladesh Shilpakala Academy, was the chief guest at the closing ceremony.Fifteen public and private universities participated in the academic session on Day 1.

ULAB Vice-Chancellor Professor Jahirul Haque and Special Adviser to the Board of Trustees Professor Imran Rahman were also present during the prize-giving ceremony.

Professor Shamsad Mortuza, ULAB Pro Vice-Chancellor and the Head of Department of English and Humanities, gave the vote of thanks.