The Department of English and Humanities recently organized a special talk titled “Rethinking Shadhana: The Evolving Traditions of Baul Literature, Music, and Spirituality” by Golam Rabbani Shihab, an Assistant Professor at Jahangirnagar University currently pursuing his PhD in Queen’s University, Canada. The talk was held on August 6 as part of the department’s Summer Seminar Series.

Mr Shihab presented extensively on the findings of his ongoing research, drawing attention to questions of retaining the authenticity of Baul spirituality and navigating through the effects of commercial influence in the contemporary market. Mr Shihab – who is a trained Chhayanaut singer specialising in Baul music – also performed different songs for the audience to portray the evolution of authentic Baul tunes over the years. He further focused on the misrepresentation and exploitation of Baul communities, forced distortions of the spiritual aspects of Baul Shadhana, and the ethical dilemmas of an academic exploration into this sector.

The program was attended by students and faculty members from different departments, as well as a number of guests. 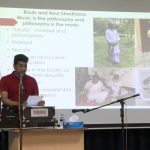 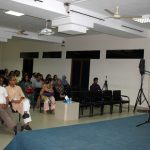 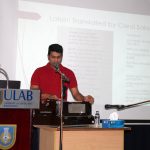 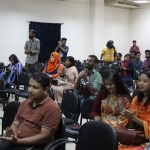 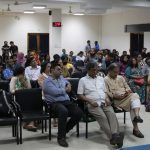 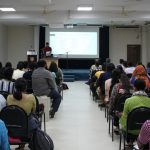