Celebrating 200 years of Frankenstein with Frankenreads

Celebrating 200 years of Frankenstein with Frankenreads

The Department of English and Humanities (DEH) at ULAB took part in “Frankenreads,” a project of the Keats-Shelley Association of America, funded by a Chairman’s grant from the National Endowment for the Humanities, to celebrate the 200th anniversary of Mary Shelley’s novel Frankenstein, or The Modern Prometheus (1818) on Halloween Day, October 31. ULAB was the only university in Bangladesh to participate in this global celebration of around 50 countries.

The central Frankenreads event – a free, live, public reading of Frankenstein – was held on the same day in Washington DC at the library of Congress.

The ULAB program featured a lively and engaging reading from the novel by Professor Kaiser Haq, a discussion on feminist reading of the novel by Abritty Abdullah, Senior Lecturer, DEH and Professor Shamsad Mortuza, Pro-Vice Chancellor, ULAB followed by a drama performance based on Frankenstein by ULAB’s very own Literary Society – Paper Canoe, and cos play by Media Club, ULAB.

The auditorium decked in Halloween paraphernalia along with students and teachers sporting fun costumes added to the eerie atmosphere.

The program was streamed live.

Professor HM Jahirul Haque, ULAB Vice Chancellor, Professor Imran Rahman, Special Advisor to the Board of Trustees, faculty members and students of ULAB were in the audience.

Links to videos of the program are below:

Some pictures from the event: 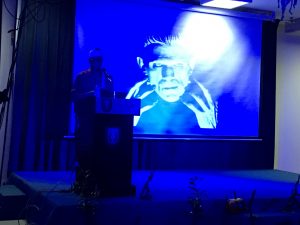 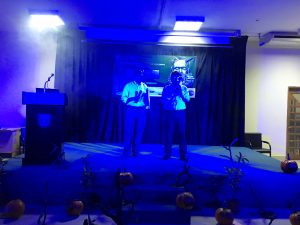 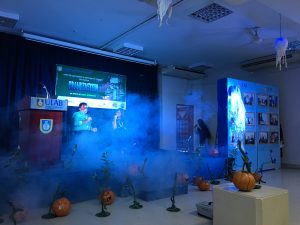 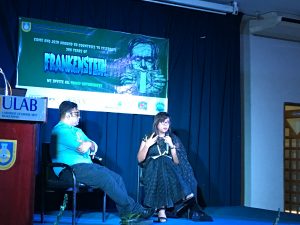 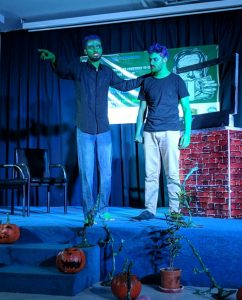 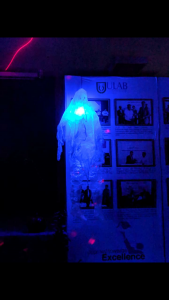