The Department of English and Humanities, University of Liberal Arts Bangladesh received the US Department of State Federal Assistance Award in 2014. With the grant, the Department organized two events in 2014-2015.

The first event, a day-long workshop titled “Bridging the Gap: Facilitating Student-Centered Learning,” was held at the ULAB auditorium in Campus A on November 1, 2014 from 10 am to 5 pm. The workshop’s aim was to foster dialogue between teachers and students of the English language.

Faculty and senior students aspiring to be teachers in the future were invited from public and private universities in and around Dhaka. The goal was to host up to 100 participants. However, the demand for the workshop was high and there was a short waiting list of participants. 66 faculty members and 34 students from different universities participated in the workshops.

The workshop focused on the four areas of learning and teaching English namely, writing, speaking, reading, and grammar. Registration was free for all participants.

The second event, a 2-day international conference titled “Language, Literature, and Community,” was held at ULAB on July 10-11, 2015. The purpose of the conference was to examine the relationship between language and literature within the frame of English studies, and its impact on community.

The Keynote Speaker for the conference was Dr. Jenny Sharpe, Professor of English, Comparative Literature and Gender Studies from the University of California, Los Angeles (UCLA). Her paper was titled “Life, Labor, and the Picturesque: A Colonial Imaginary of East Indians in the West Indies.”

Academic sessions at the conference included parallel sessions, plenaries and a discussion panel. The Plenary Speakers were Dr. Claire Chambers from Department of English and Related Literature, University of York; Dr. Harish Trivedi, Former Professor of English from the University of Delhi; and Ms. Claire Siskin, English Language Specialist from The American Center, Dhaka. 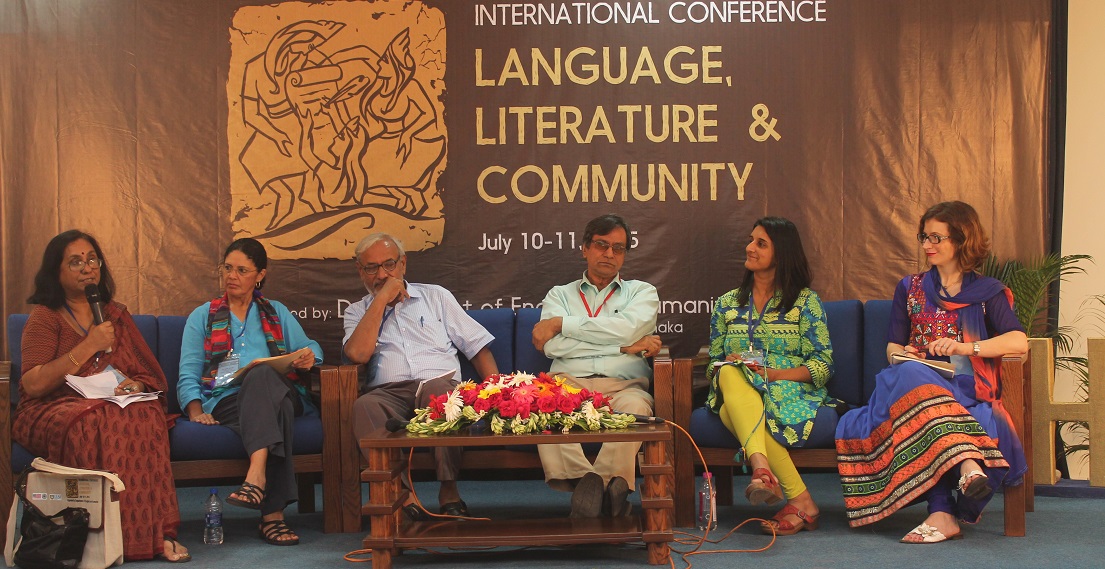