Geroge Mesthos, Cultural Affairs Officer at The American Center, Dhaka, graced the occasion as special guest. Mr. Mesthos gave a presentation on the merits and importance of research, citing examples from his own experience as an undergraduate student. He emphasized that publishing and research enhance the chances of winning scholarships at institutions of higher education in the US.

Organized by the Department of English and Humanities (DEH) at ULAB, the program had 16 presenters from 11 universities, both public and private, vying for the best paper award. An independent panel of judges comprising Shahnoor Wahid of The Daily Star; Dr. Niaz Zaman, Supernumerary Professor of Dhaka University and Advisor to the Department of English at Independent University of Bangladesh; and Dr. Razia Sultana Khan, Professor of English at IUB were invited to adjudicate. The prize and certificates were awarded by the Vice Chancellor of ULAB, Professor Imran Rahman.

On being asked for their feedback on the event, the judges lauded the conference as a wonderful idea and an opportunity for young scholars to share their research on a small, but public platform that would hopefully encourage them to enhance their skills in research. Referring to the state of education in our country, Dr. Niaz Zaman pointed out that “The quality is not going down, it is going up. With a little bit of encouragement and guidance, our young researchers can do wonders!” Dr. Razia Sultana Khan honestly revealed that she had not been looking forward to a whole day of adjudicating student papers but said that she hadn’t realized how the day had passed because she had enjoyed herself so much as she listened to the presenters. In fact, the judges were so impressed that they requested DEH to award a prize for a runner-up in addition to the original decision to award only the best paper. As a result, Kaniz Fatema of Dhaka University won the Tk. 3000 gift and certificate with her paper, “Volpone, Voktoprosad and Women in a Patriarchal Society: A Comparative Study on the Stylistic Features of Volpone and Buro Shaliker Ghare Ron.”

After the awarding of certificates, Dr. Kaiser Haq, Head of DEH, gave the vote of thanks while Dr. Shamsad Mortuza, Advisor to DEH, declared that the best and runner-up papers will be considered for publication in the DEH academic journal, Crossings. The rest of the papers will be published online. 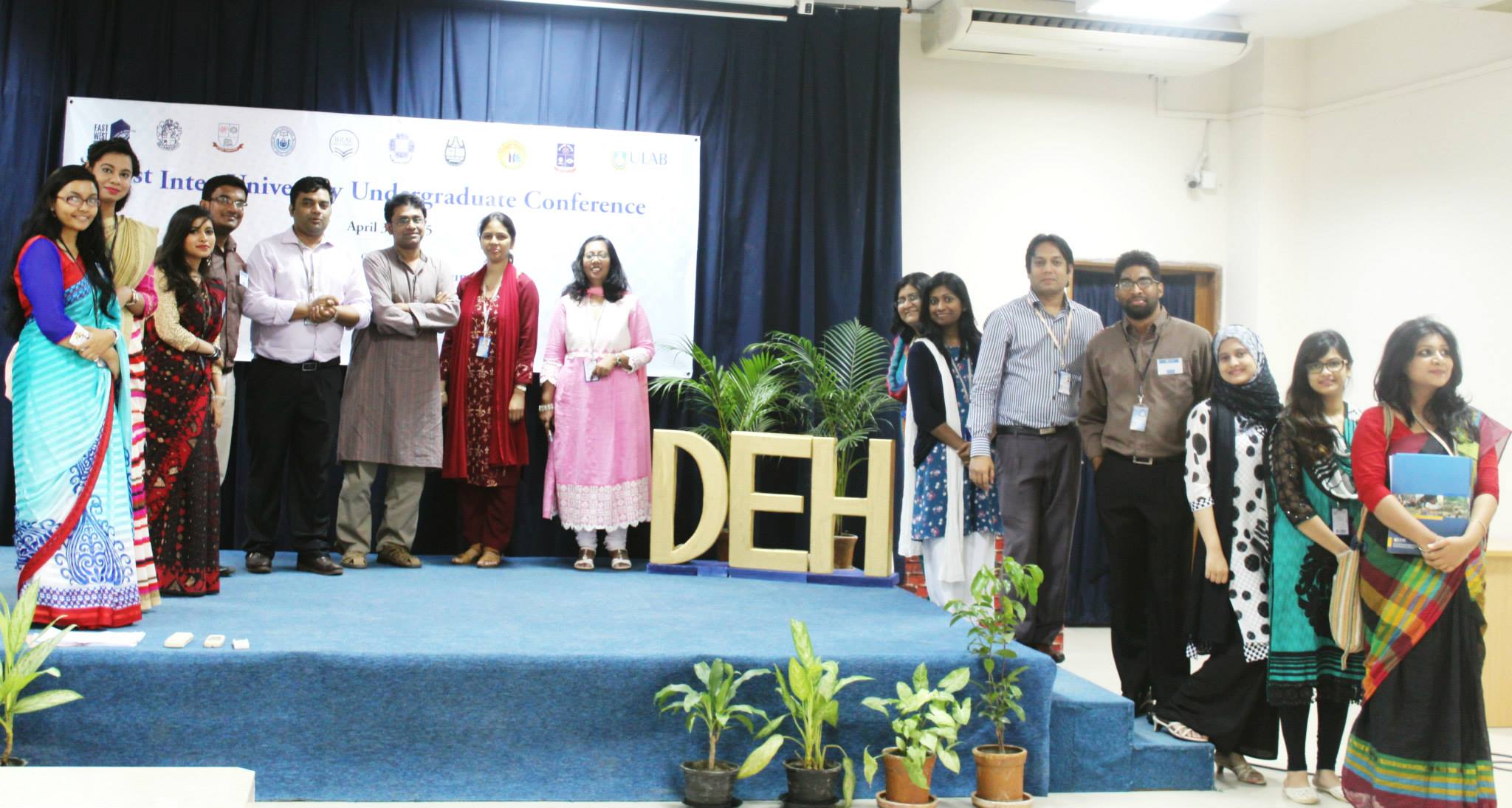