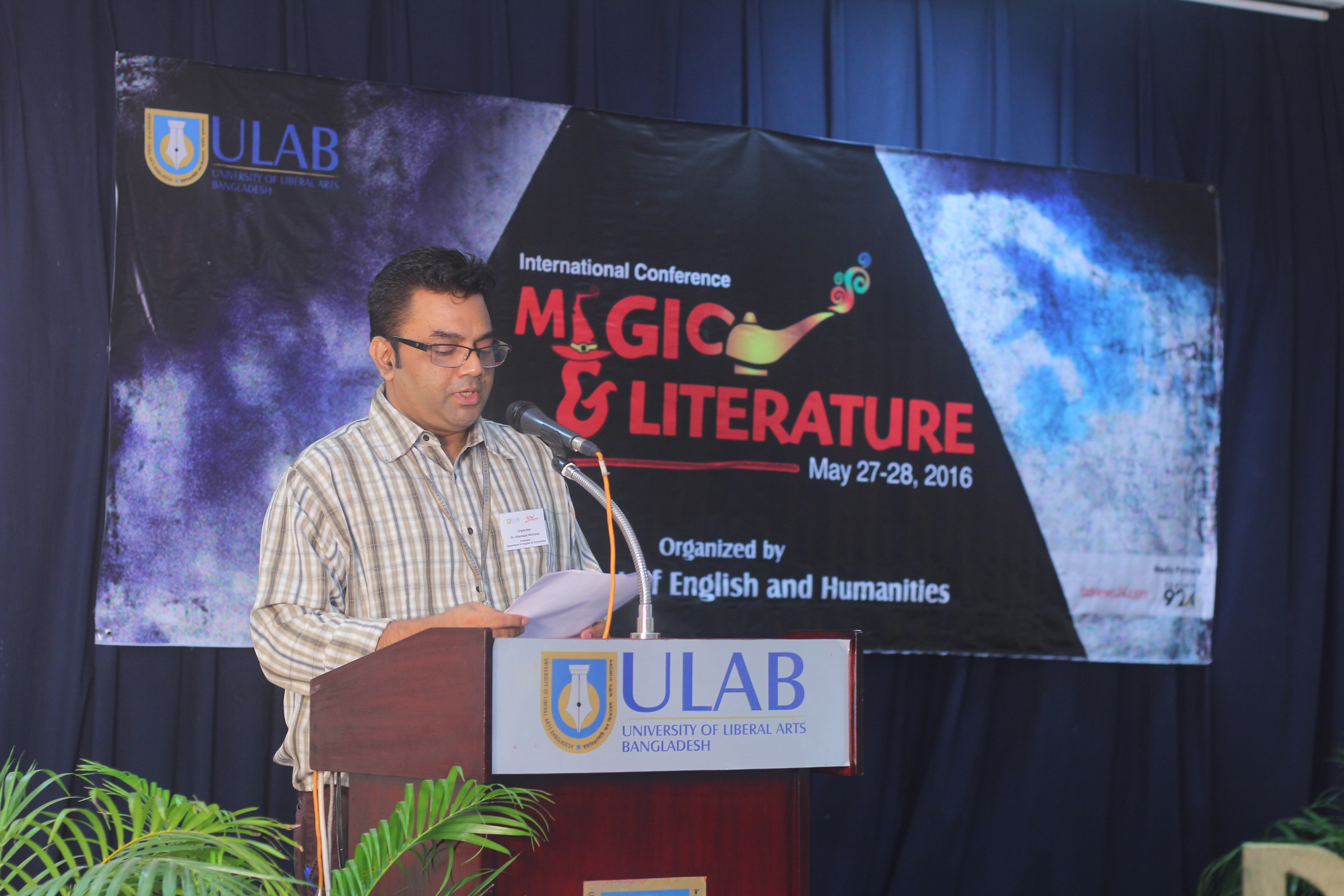 The keynote speaker mentioned how belief in magic, specifically in the performance of supernatural or paranormal deeds and actions by certain skilled, talented or learned individuals, has existed as a staple in world literature since the dawn of civilization and how in traditional literary criticism and theory there appears to exist a major disregard of the role of magic in literature, of magic and literature, and of the magic of literature. He proposed to analyze literature through the contradictions of our time that on the one hand demands the presence of magic and on the other occludes any serious discussion on it.

In his plenary speech title “Marx, Money and Magic,” eminent scholar and activist Dr. Azfar Hussain looked into the relation between money capital and magic, claiming the magic of money conceals our reality from us. He also explained how our daily life appears to us in reified form because of the objectifying power of money. In Professor Hussain’s own parlance, “the real nature of money includes, among other things, the very magical power of money under global capitalism.” This magical power, he claimed in his paper, is both metaphorical and literal, both symbolic and real, both physical and metaphysical. He also explained how money, a “mere” physical object—or a “mere” piece of paper—“talks, screams, commands, controls, unites, divides, creates, destroys, reveals, conceals.”