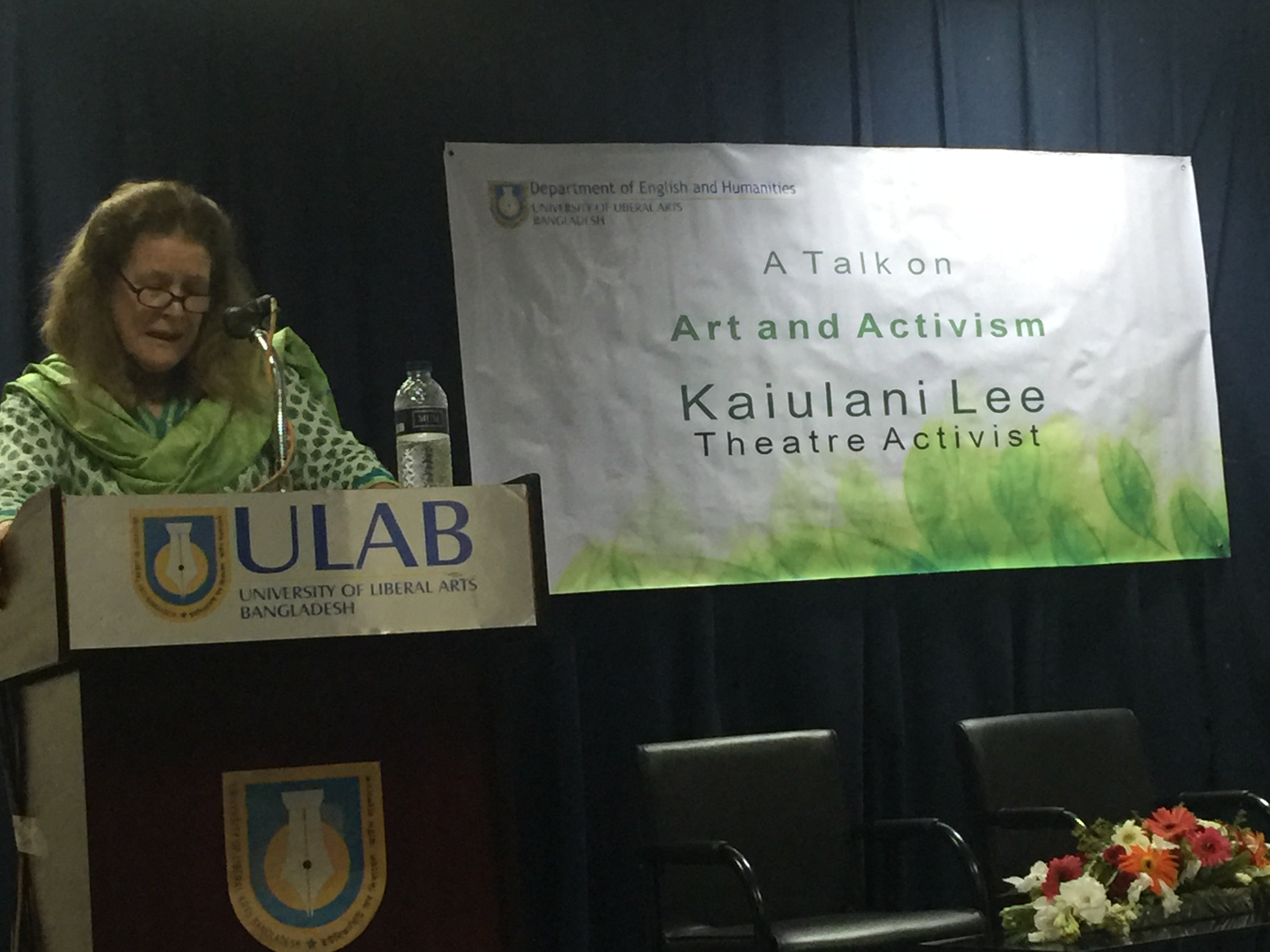 Kaiulani Lee, an Obie Award winning actress and a theater activist, gave a talk on Art and Activism hosted by The Department of English and Humanities at the auditorium of University of Liberal Arts on November 3, 2016. The talk was well attended by students of all departments, faculty members, and other guests. Since Ms. Lee is currently researching the rivers of Bangladesh, her talk focused mostly on building awareness and cultivating a consciousness that encourages others to save Mother Nature for the future. She discussed the significance of nature in human life and urged to stop endangering life by destroying it in the name of progress and modernization. She did not deny the importance of science and technology in the 21st century but she called for attention on restricting the advancement up to a level so that it doesn’t harm the natural world. Her enlightening speech created great interest among the audience and the talk soon turned to  audience comments and queries.

A huge debate was raised between the romantics and the realists among the audience regarding her discussion. Reference to the industrial revolution, to the first world, were also given as they went through similar changes Bangladesh is experiencing now. Current issues like the Rampal Project near Sundarbans were discussed as a relevant concern. Ms. Lee answered those questions and held her view as a true romantic to better live a simple life under the shelter of Mother Nature. She also claimed that this urge to protect nature from adversaries has really transformed her from an artist to an activist.

Kaiulani Lee has more than thirty-five years of experience in theater, film and television. She has starred in over a dozen plays on and Off- Broadway. She has been nominated for the Drama Desk Award on Broadway and has won the Obie Award for “Outstanding Off-Broadway Achievement.” She has been a full time adjunct professor at George Mason University from 1997 to the present. With such huge experience, she really made her audience think about the current issues of environmental concerns.

The honorable Vice Chancellor of ULAB Professor Imran Rahman handed over a crest to Ms. Lee as a token of appreciation on behalf of the university and the Head of Department of English and Humanities Dr. Shamsad Mortuza closed the program by thanking the speaker and the participants. 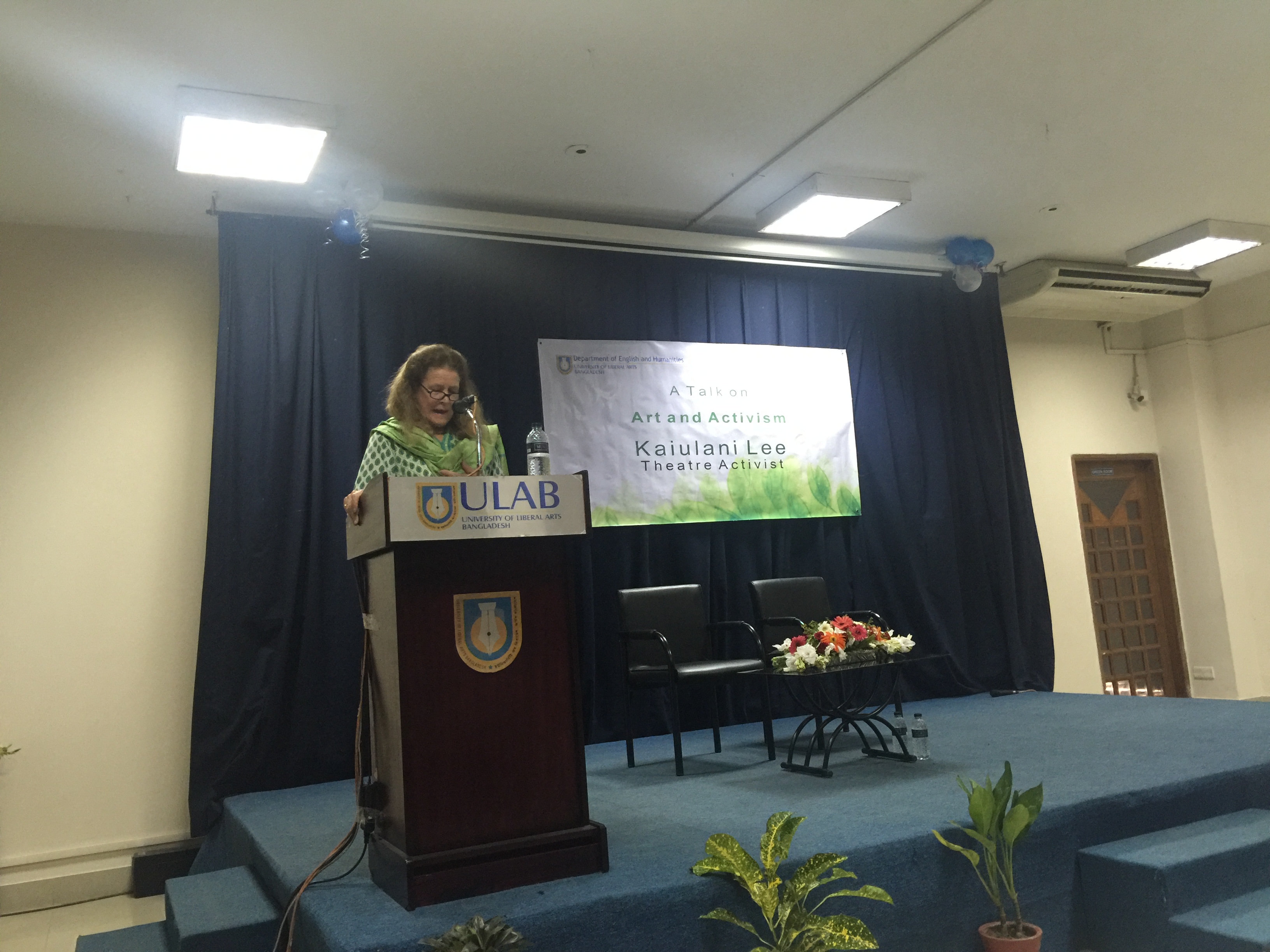