University of Liberal Arts Bangladesh (ULAB) celebrated reunion titled “ULAB Alumni Homecoming 2019” with great enthusiasm and ecstasy in the ULAB’s permanent campus grounds in Mohammadpur, Friday, April 19, 2019. On that day the campus ground turned into a meeting place of old friends. Alumni of ULAB came in the ceremony from their busy, tired life they tried to snatch some valuable time to rekindle old friendships with classmates from years gone by and shared old memories. It was a reunion of the former students of ULAB with a twist of Cricket Festival. Along with Cricket, Football, Table Tennis , Musical Chair , Gamcha Volley Ball , Human Ludu, Concert, Bur-B-Q , Fireworks and live music turned into a festive mood. During the program an ‘Flash mob’ presented by the current students of ULAB which made everyone surprised. Besides the former students many current students came to feel the warmth of brotherhood and to experience the past days of the university through meeting with the seniors. ULAB alumni were also very excited to see the love for them from their juniors. In their tight schedule the alumni’s usually don’t get time to meet with their faculties. It was a great opportunity for them to spend some memorable time with their mentors. Overall, it became an impulsive day for the former and current students of ULAB along with their faculties. The program was organized by the ULAB Career Services Office.

A Working Committee was set up to form the Alumni Association with the former students of ULAB to build bridges to former students with the university. ULAB Alumni Association will reformed by the direct vote of former students. Professor Dr. Shamsad Mortuza , ULAB Pro-Vice Chancellor delivered the inaugural speech. Professor Imran Rahman, Special Advisor to the ULAB BoT and Dean of ULAB School of Business and Ms. Juditha Ohlmacher, Member, ULAB BoT also delivered their speech. Professor Dr. Jahirul Haque announced the name of working committee and presented vote of thanks. 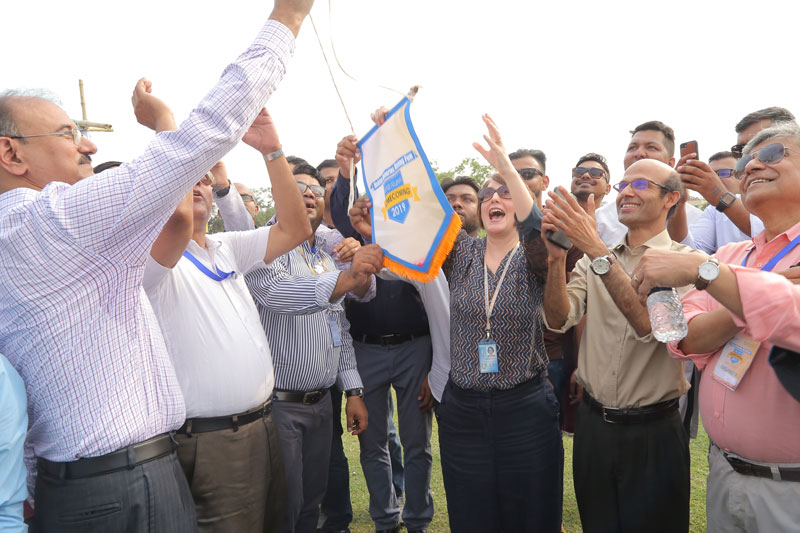