The University of Liberal Arts Bangladesh (ULAB) organized an online discussion program along with a documentary screening to observe National Mourning Day on August 16, 2020.

ULAB observed the 45th death anniversary of the Father of the Nation Bangabandhu Sheikh Mujibur Rahman to pay homage to him and the family members who were brutally murdered on 15 August 1975.

present as the Chief Guest. In his speech, Dr. Momen spoke of how a foreign journalist had asked Bangabandhu, “What is your biggest strength?” Bangabandhu had replied, “I love my people. The journalist asked again “What is your biggest weakness?”and Bangabandhu replied “I love my people.” Dr. Momen further said that “Bangabandhu has set an example for us about learning to love one’s people.” Speaking on the occasion, National Professor Dr. Rafiqul Islam said, “Bangabandhu was killed by a number of Pakistani murderersposing as Bangladeshis. There was international support behind this..” He requested everyone to learn about the history of the events of August 15, 1975.

The Vice President of ULAB’s Board of Trustees Dr. Kazi Anis Ahmed gave the vote of thanks. He said that “Those who killed Bangabandhu wanted to destroy his ideology but they failed!. Bangabandhu’s daughter, our beloved and respected Prime Minister Sheikh Hasina, had revived Bangabandhu’s ideology and is striving to carry it forward.”

In honor of the National Mourning Day, ULAB organized two other programs to mark the day. On August 15, 2020, a special prayer (Doa Mahfil) was held to pray for the departed souls of the Father of the Nation and his family. At the end of the prayer, a documentary on the Father of the Nation, “Bijoyer Mohanayok,” was screened. ULAB’s Vice Chancellor Professor Dr. H M Jahirul Haque spoke on the occasion and Lt. Col. (Retd.) Foyzul Islam, Registrar of ULAB, conducted the program.

ULAB’s 1971 History Club arranged a webinar in memory of Bangabandhu Sheikh Mujibur Rahman titled “Sheikh Mujib: A Mirror of History” on August 13, 2020 where eminent historian and journalist Afsan Chowdhury discussed the different aspects of the life and struggles of Bangabandhu Sheikh Mujibur Rahman. He focused on the political journey of Bangabandhu from pre-1947 to 1971. ULAB’s Vice Chancellor Professor Dr. H M Jahirul Haque in his remarks provided the students with encouragement in learning about Bangabandhu. The Head of the General Education Department at ULAB, Professor Dr. Shahnaj Husne Jahan, delivered the welcome speech. 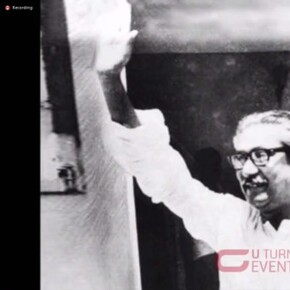 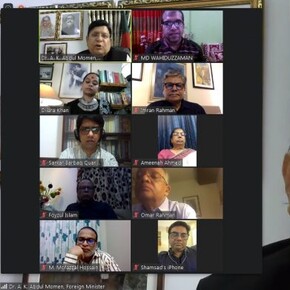 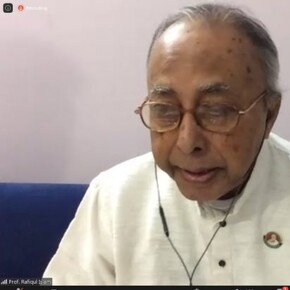 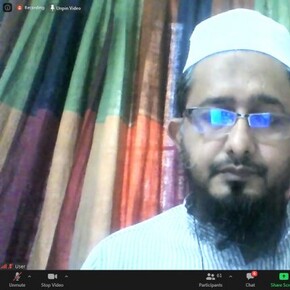 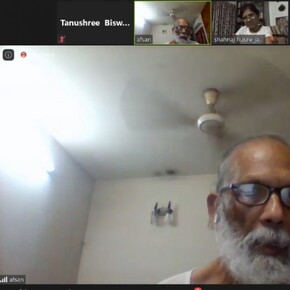