On February 18, 2021, the Department of English and Humanities at ULAB held a Freshers’ Orientation Program for the students who have been admitted into the BA and MA programs in the Spring 202 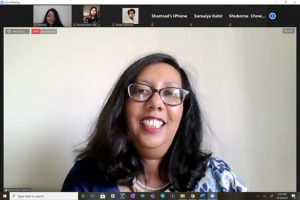 The Vice-Chancellor of ULAB, Professor H M Jahirul Haque, Professor Shamsad Mortuza, Pro Vice-Chancellor, ULAB, and Dean of the School of Arts and Humanities, and Ms. Arifa Ghani Rahman, Head of the Department of English and Humanities, were present at the event. The program was graced by the presence of the Chief Guest, Ms. Shuborna Chowdhury, Additional Director General, Inspection Directorate of Taxes.

The event commenced with the opening remarks of the HoD, Ms. Arifa Ghani Rahman, before which a short introductory video on the department was played for the audience. Ms. Rahman then introduced the faculty members of the department to the students.

Next, Professor Kaiser Haq, senior Professor at DEH, delivered a speech to welcome the freshers and offer valuable insight into adjusting to life as a student of the department. This was followed by a speech by Professor Syed Manzoorul Islam, senior Professor of DEH, who emphasized on the importance of participating in all curricular and extracurricular activities and opportunities offered by the university and department.

The Head of the General Education Department and Director of the Center for Archaeological Studies, Professor Shahnaj Husne Jahan then briefly explained how her department offers courses that all 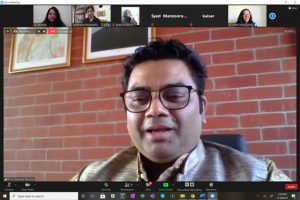 ow students to experience the ethos of liberal arts.

Pro Vice-Chancellor, ULAB, and Dean of School of Arts and Humanities, Professor Shamsad Mortuza, then spoke of how ULAB as a place that is alive to changes in global discourses. After his enlightening speech, Vice-Chancellor, ULAB, Professor H M Jahirul Haque, addressed the students and described DEH as a happening place with a variety of cultural and academic activities. 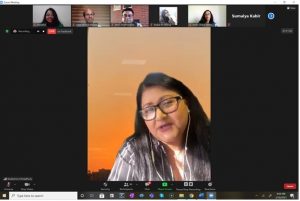 The much awaited speech by the distinguished Chief Guest, Ms. Shuborna Chowdhury, Additional Director General, Inspection Directorate of Taxes, came next. She emphasized on the importance of attending all classes and concentrating on class lectures while taking notes religiously. She stated that the texts of the syllabus should be thoroughly enjoyed because that is the ultimate reward of being a literature student. She also highlighted the fact that the scope for career development is endless for literature students. She finished her address by advising the newcomers to dream big and be themselves.

To begin the more fun part of the evening, a quiz game was organized for the freshers who took part enthusiastically and won prizes. The winners were Fardeen Azwaad, Fatema Aftab Miah, and Akbar Fida. 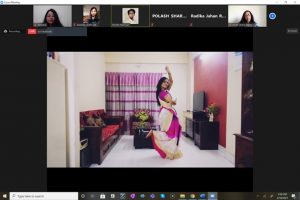 In the cultural segment, a medley song was first performed by Tasfiyah Saba followed by a short speech by incoming BA student Fatema Aftab Miah. She detailed her reasons behind choosing ULAB. Videos of poetry recitations by Lamia Jashim Uddin and Humaira Mehnaz Audity, and a dance performance by Arpita Podder were then broadcast. A fresher from the MA program, Polas Chandra, next delivered a speech on his reasons behind choosing ULAB. This was followed by a skit prepared by Paper Canoe, the literary club of the department. Nishat Tabassum, Monisha Tasneem, Sahedul Islam Hira, and Nishat Tasnim acted in the skit. A dance performance by Susmita Roy Ushno and a musical performance by Mustafa Zahir and Marzuk Ahmed Khan Mojlish concluded the fun-filled evening.

The HoD, Ms. Rahman wrapped up the event with a vote of thanks. 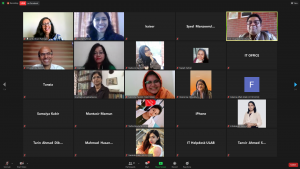 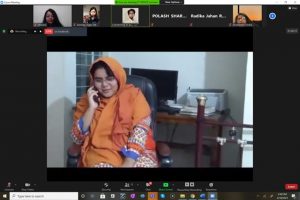 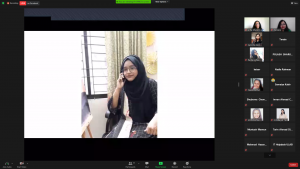 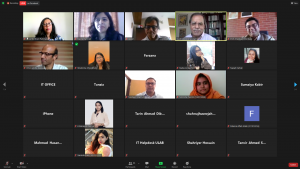 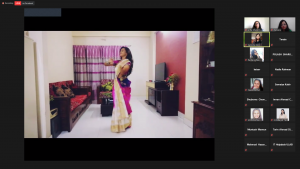 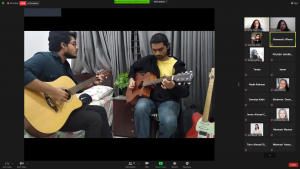 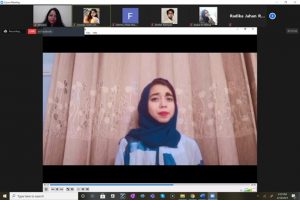 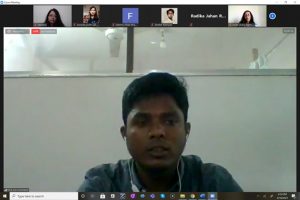 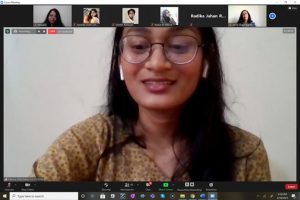 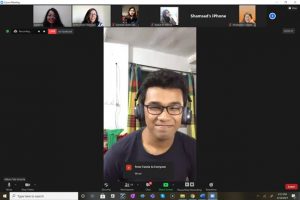 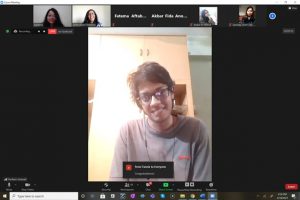