In accordance with this year’s theme of multilingualism chosen by UNESCO for the International Mother Language Day, the School of Arts and Humanities (SAH) at the University of Liberal Arts Bang 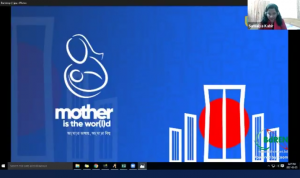 ladesh (ULAB) organized a three-day event from February 22-24, 2021 to reflect on the significance of mother tongues all over the world. The SAH program, “Mother is the Wor(l)d” / “আ(মা)র ভাষায় আ(মা)র বিশ্ব,” celebrated the diversity and plurality of 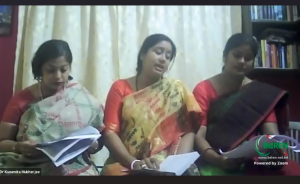 On the first day, an audio-play, “Kajol,” from Kolkata was showcased. The play focused on the significance of preserving mother tongues. The author of the play, Dr. Piyali Bhattacharya, from Chapra College, Nadia, India, also played a role with her co-actors Dr Kusumita Mukherjee Debnath and Smt Chaitali Bhattacharya. This was followed by a highly engaging and interactive session on German tongue twisters, superstitious beliefs, and German words in English conducted by Astra Talitha Khan and Mona Rahmatullah Munir from the Goethe Institut, Dhaka. The program ended with a screening of letters to mothers in 21 different languages read by native speakers from all over the world. 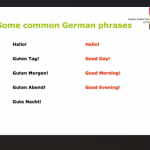 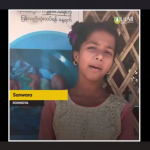 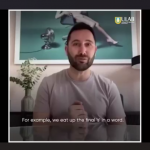 The second day began with an academic panel discussion on the language policy in higher education in Bangladesh. The panelists were Prof. Syed Manzoorul Islam and Dr. Mahmud Hasan Khan with

Prof. Kaiser Haq acting as the moderator. All three panelists are from the Department of English and Humanities, ULAB. The panelists emphasized that the Bangla learning and speaking scenario in Bangladesh must improve alongside English. They argued for designing an effective educational policy in Bangladesh to address these issues. A highly thought-provoking session on ‘Lullabies across Cultures’ by Showvik Das of UNHCR followed. Das shared his experience of collecting lullabies from different cultures across Bangladesh and provided an insightful interpretation of the lyrics and their association with the socio-cultural realities of our world. 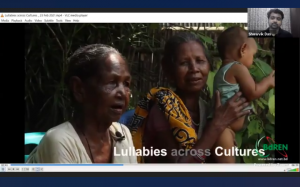 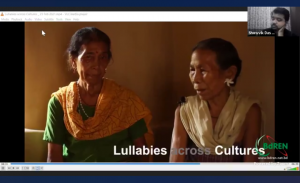 On the final day, a traditional Noh and Kyogen play called ‘An Evening of Noh and Kyogen’, courtesy of the Japan Foundation, was screened with a brilliant introduction on the form of the drama by Prof. Dr. A K M Yusuf Hassan from Department of Drama & Dramatics, Jahangirnagar University. 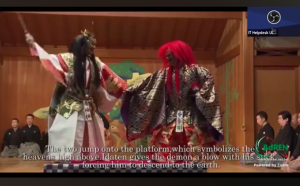 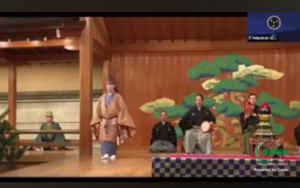 The three-day event was inaugurated by ULAB Vice-Chancellor, Prof. Jahirul Haque. The Pro Vice-Chancellor, ULAB, and Dean of SAH, Prof. Shamsad Mortuza, gave the opening speech where he spoke of the significance of 21st February, Bangladesh’s gift to the world. In both this and his closing speech, Dr. Mortuza reiterated the importance of respecting all mother languages and fostering multilingualism. The event was attended by audience members from all over the globe.