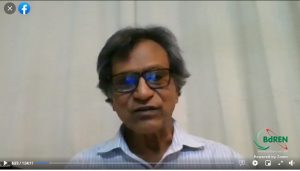 To observe World Poetry Day 2021, the Department of English and Humanities at the University of Liberal Arts Bangladesh held a virtual program aptly titled “A Celebration of Poetry” on Monday, March 22, 2021. Though World Poetry Day is in fact on March 21, the program was held a day later. Professor Shamsad Mortuza, Acting Vice Chancellor, ULAB, and Dean, School of Arts and Humanities, graced the occasion as Chief Guest. Poet and translator extraordinaire Professor Kaiser Haq was the Guest of Honor. The program also featured poet and publisher Ms. Shaira Afrida Oyshee as Special Guest. Much to the delight of the audience, the esteemed guests shared their work and talked about their writing process. The program also included charming performances by members of Paper Canoe – ULAB Literary Society. The virtual celebration attracted a large audience including ULAB students of all departments as well as faculty members. The presence of Professor Syed Manzoorul Islam, eminent writer, critic and Professor of English at ULAB, was a treat to the attendees. 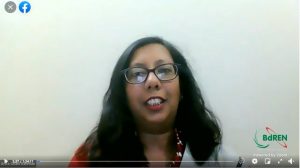 The program began with a welcome note by Ms. Arifa Ghani Rahman, Head of the Department, DEH, who immediately asked a question to the audience: “Who among us has never written a poem?” As one might have guessed, most of the attendees had tried their hand at poetry at least once in their lives, signifying the vocal presence of poetry in our lives. Introducing the esteemed guests, the Head of the Department ushered in the beginning of the celebration.

The eminent English poet of Bangladesh and Professor of English at ULAB, Professor Kaiser Haq began his session with his experience with a fast-approaching deadline and the subsequent pandemic themed poem composed for a science fiction journal. He walked the audience through the process of his writing, peppered his speech with related anecdotes and occasionally stopped to recite a poem of his own. The icing on the cake for this session was his latest creation: “Ode on the Sari,” which is a sequel to the poet’s highly acclaimed poem “Ode on the Lungi.” The audience thoroughly enjoyed Professor Kaiser Haq’s highly educative session that was full of his unmatched sense of humor and ready wit. 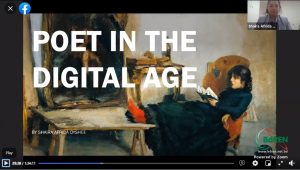 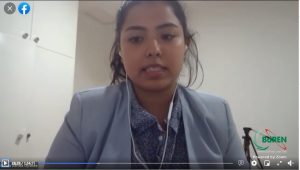 Shaira Afrida Oyshee, an up-and-coming voice in the anglophone poetry scene of Bangladesh, led the next session, which was geared towards young poets looking to get published. She was introduced to the audience by Qazi Mustabeen Noor, Lecturer of English, DEH. Shaira is a poet and publisher who divides her time between Melbourne, Australia, and Dhaka. She is the author of two bestselling poetry books, has edited a poetry anthology, and is the think-tank behind Melbourne-based independent publishing house, DOTS Publications. In her session, she spoke in detail about the importance of literary friendships and connections in the life of a poet. She believes that a poet has to put their work “out there” in order to receive feedback and criticism not just from ordinary readers, but also from other poets, literary critics and writers. According to her, building an online presence around one’s writing is an important step to getting noticed and published. Shaira Afrida Oyshee’s session was informative and hands-on, which greatly benefitted the aspiring poets present in the audience. Qazi Mustabeen Noor then moderated a question-and-answer session where the attendees further benefitted from the Special Guest’s experience with the poetry and publishing scene. 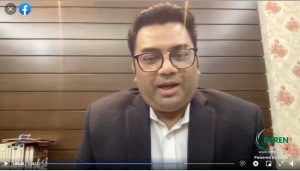 Besides being a prolific scholar, the Acting Vice-Chancellor, ULAB and Dean, School of Arts and Humanities, Professor Shamsad Mortuza also happens to be a brilliant poet. Much to the delight of his students and colleagues, Professor Shamsad Mortuza revealed this side of his by reciting from his notebook quite a few of his poignant creations. To the audience, he posed the important question of whether poetry is simply a refuge for the restless mind, a space to politically engage or if there is more to poetry than what meets the eye. In one of his poems titled “Poet Performer,” he speaks of imposter syndrome and the poet’s struggle with the process of writing. Professor Shamsad Mortuza’s poems in this session were heavily relatable and gave the attendees much food for thought. 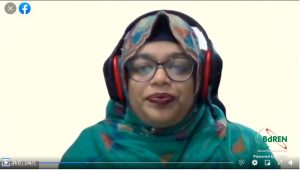 The program was organized and hosted by Qazi Mustabeen Noor, Lecturer, DEH, and Faculty Advisor for Paper Canoe, who, in her closing remarks, thanked the esteemed guests for their enlightening sessions, the performers from Paper Canoe for their hard work, and the audience members for their enthusiastic presence. 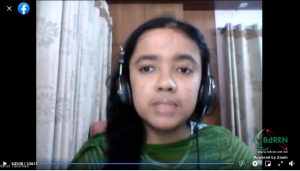 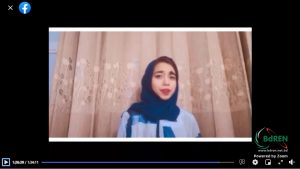 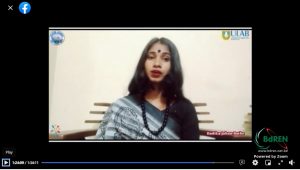 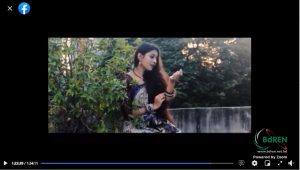 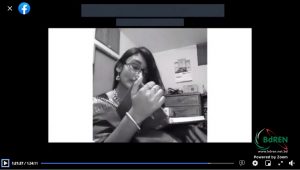 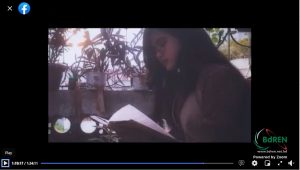