“It’s more important how we respond to challenges, rather than how we receive all the tests in our lives”, said by Luke Grenfell-Shaw, a UK biker and Canliver, who shared his life experiences in a public talk before the students of the University of Liberal Arts Bangladesh (ULAB) on Sunday, March 20, 2022.

Shaw, who after fighting stage 4 cancer (sarcoma) for two years, embarked on an ambitious 30,000 Kilometres journey on a bicycle from Bristol (UK) to Beijing (China), is currently pedaling across Bangladesh.

In 2018, when doctors told Shaw about the illness (rare and aggressive), that it had already spread to his lungs, he didn’t think he would see Christmas. Life was no longer the same for Shaw, he had to rethink about his tomorrow but on that day, his eyes were clear and he had one new thought on his mind to live richly and fully, rather than giving up. 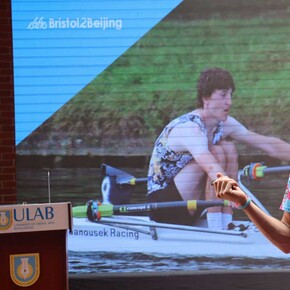 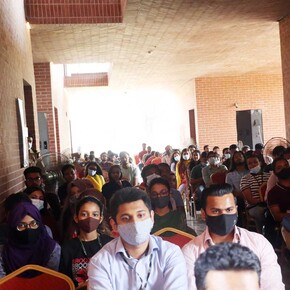 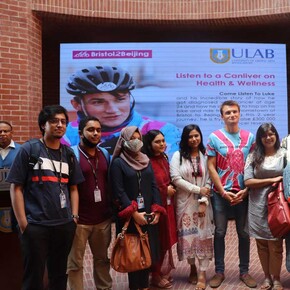