On September 29, 2022, The Department of Media Studies and Journalism (MSJ) of the University of Liberal Arts Bangladesh (ULAB) organized the Curriculum Integration (CI) Program for the semester of Summer 2022. Mejbaur Rahman Sumon, the renowned filmmaker, was present as the special guest at this event. In his insightful speech, Mejbaur Rahman Sumon acknowledged that the personal and microscopic perspective of storytelling helps his films to communicate with the audience. He stated, “My priority of storytelling is the priority of the audience, their emotions are my emotions.”

Following ULAB’s Liberal Education system, every semester the Department of Media Studies and Journalism comes up with a theme for better learning of the students. The theme for this summer 2022 Curriculum Integration was ‘Pathos’. It is the practice of paying attention to the emotions of the audience, according to the great philosopher Aristotle. It refers to how the audience is put in the right frame of mind by appealing to their emotions. This, in turn, can influence the perceptions of the audience.

Professor Jude William Gennilo, Dean, School of Social Science of ULAB, introduced the theme ‘Pathos’ from different theoretical approaches in his speech. He stated: “There are three, not two, tools to persuade an audience, which are: emotion, logic and pathos, which highlights the speaker’s character.” He added further that among these tools, ‘pathos’ reaches out to people with a strong efficiency due to its power of exploring the depth of human emotions.

In the second part of that event, Professor Jude William Genillo presented a crest to the chief guest, and afterward, the audience had the opportunity to see the students’ innovative projects on the screen. The projects included documentaries, short films, and animations that evoked laughter, sorrow, and awareness among the audience, igniting their pathos and a variety of emotions.

After that, Mohammad Abdul Kader, assistant professor, faculty member and the coordinator of ULAB’s Brian Shoesmith Media Lab, concluded the session by thanking the teachers, students and audience in his speech. 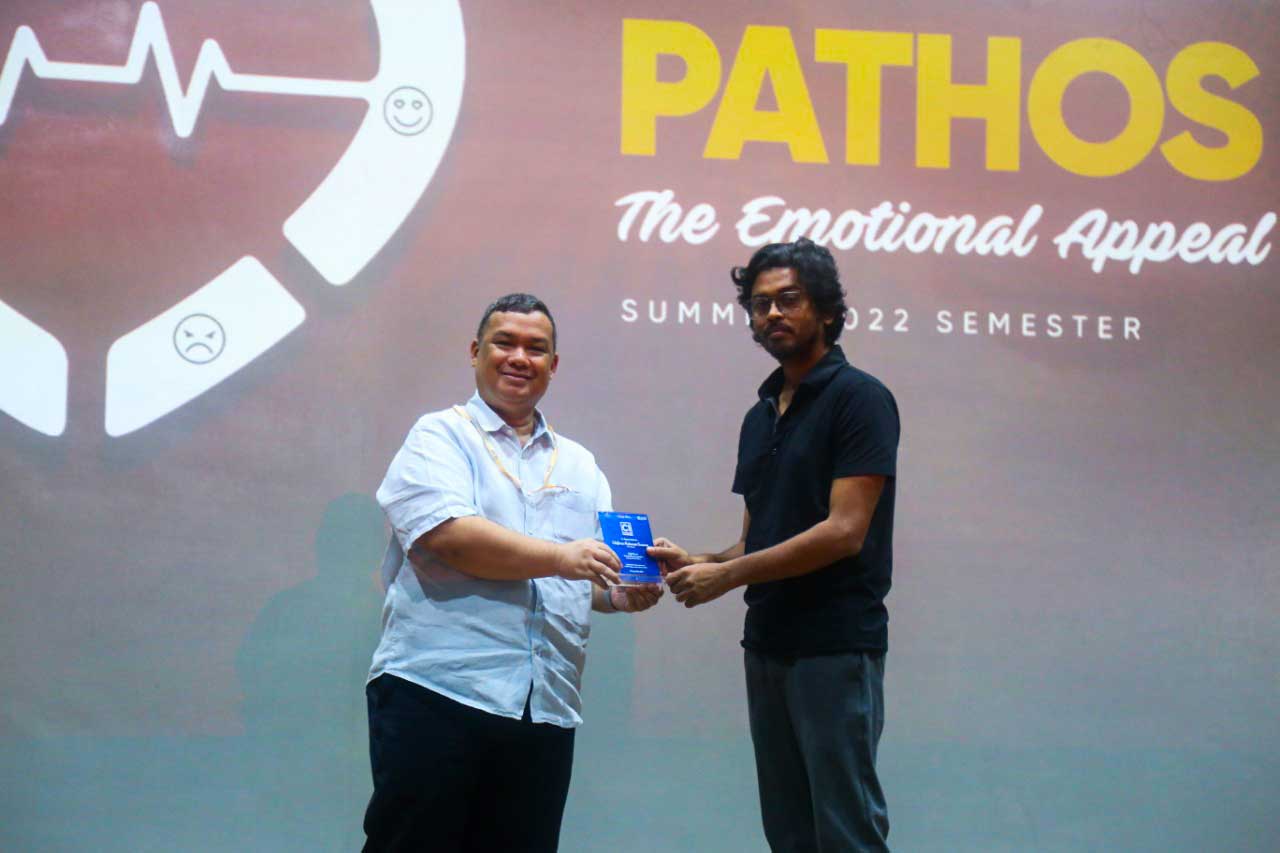