In Conversation with Dilruba Z. Ara

In Conversation with Dilruba Z. Ara

Whose Blame is it Anyway?

On February 25, 2016, the Department of English and Humanities organized an event in the Campus B Seminar Room from 4-5 pm featuring Swedish-Bangladeshi author Dilruba Z. Ara whose recent book Blame was the subject of conversation.

Dr. Shamsad Mortuza, professor and advisor to DEH, hosted the conversation which was enlivened by the audience’s animated participation. The discussion also included Ara’s debut novel A List of Offences, the story of Daria, a silver-haired girl who must fight superstitions and traditions to survive.

Blame is about Laila and to some extent about Gita, from the ages of 13 in 1965 to 19 in 1971, when they are disowned by their families for having been raped during the liberation war. The place is East Pakistan ‒ now known as Bangladesh. Apart from following Laila and Gita, the book also depicts the tensions between Muslims and Hindus, Pakistan and India, Urdu and Bengali, males and females; it crosses cultures and speaks of friendship, betrayal, sacrifice, love and shame (from the UPL website). 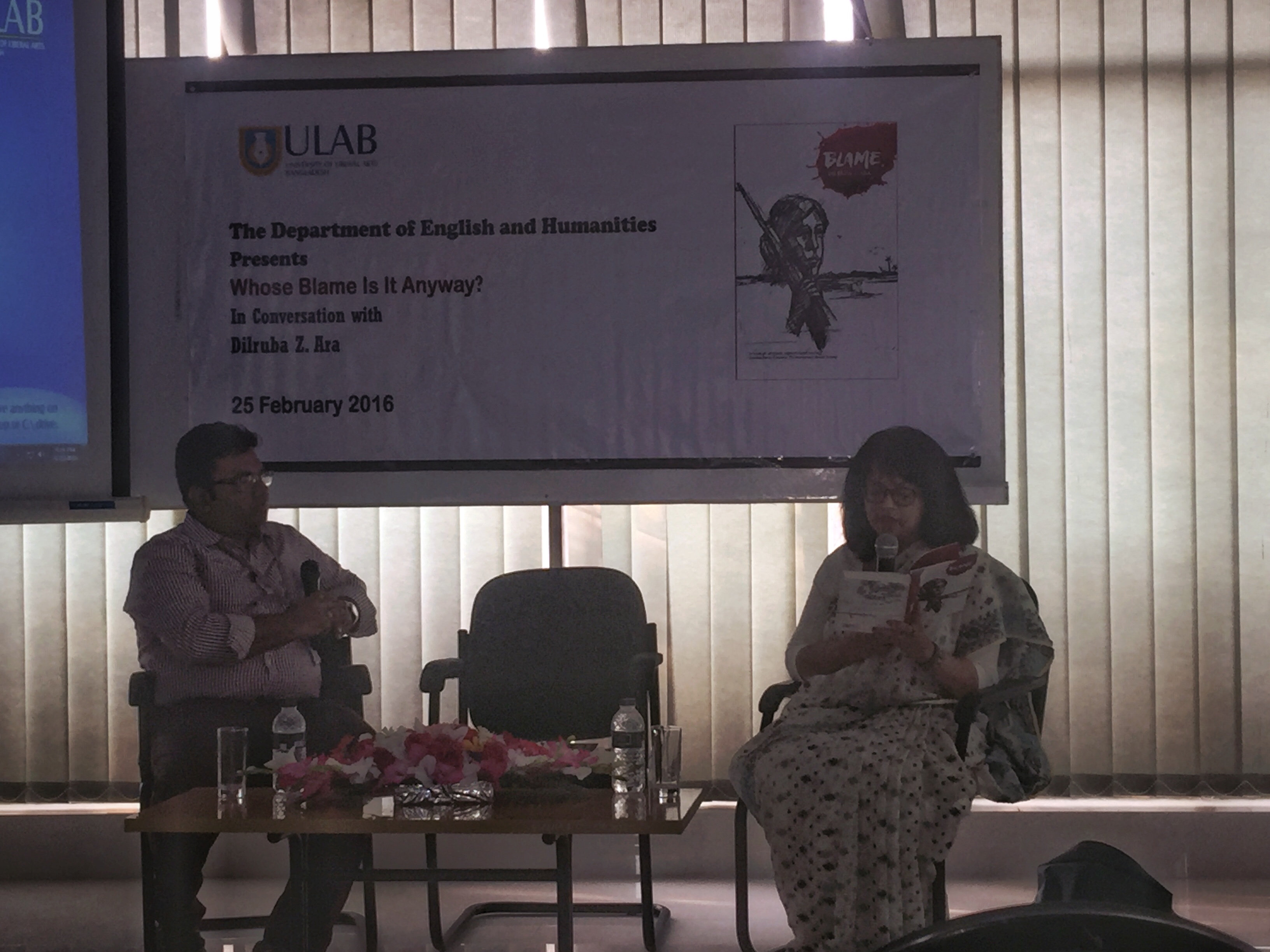 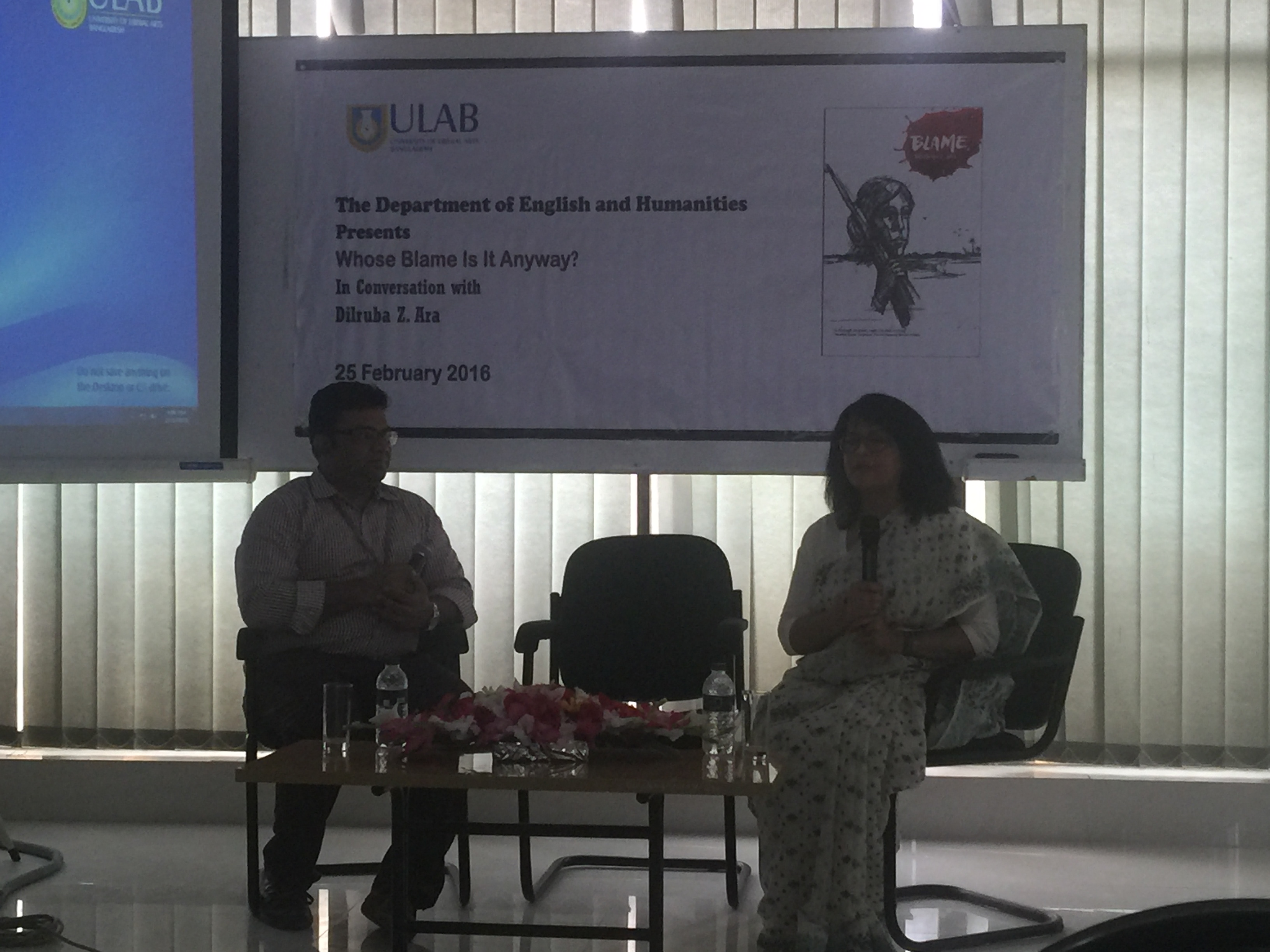 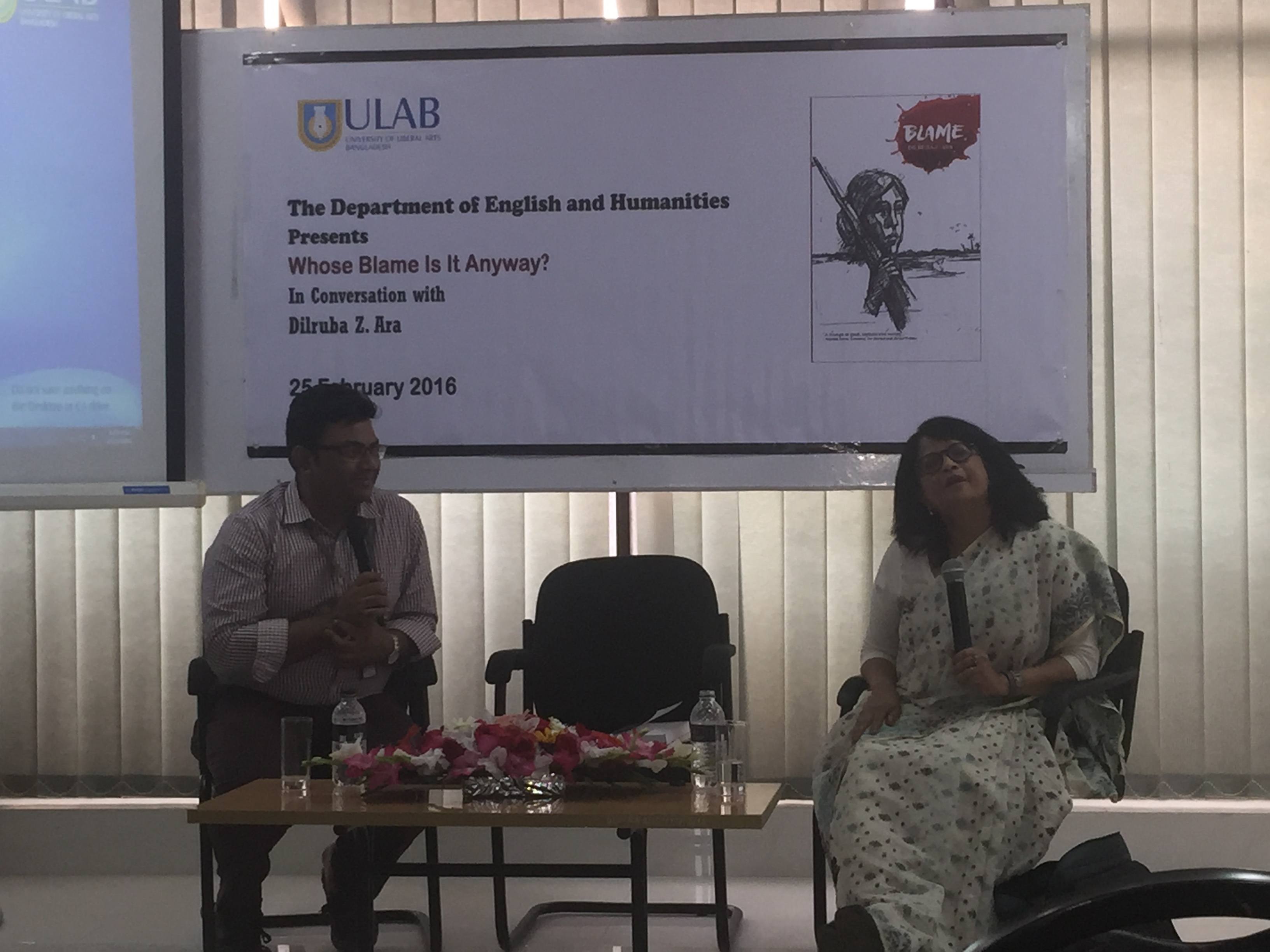 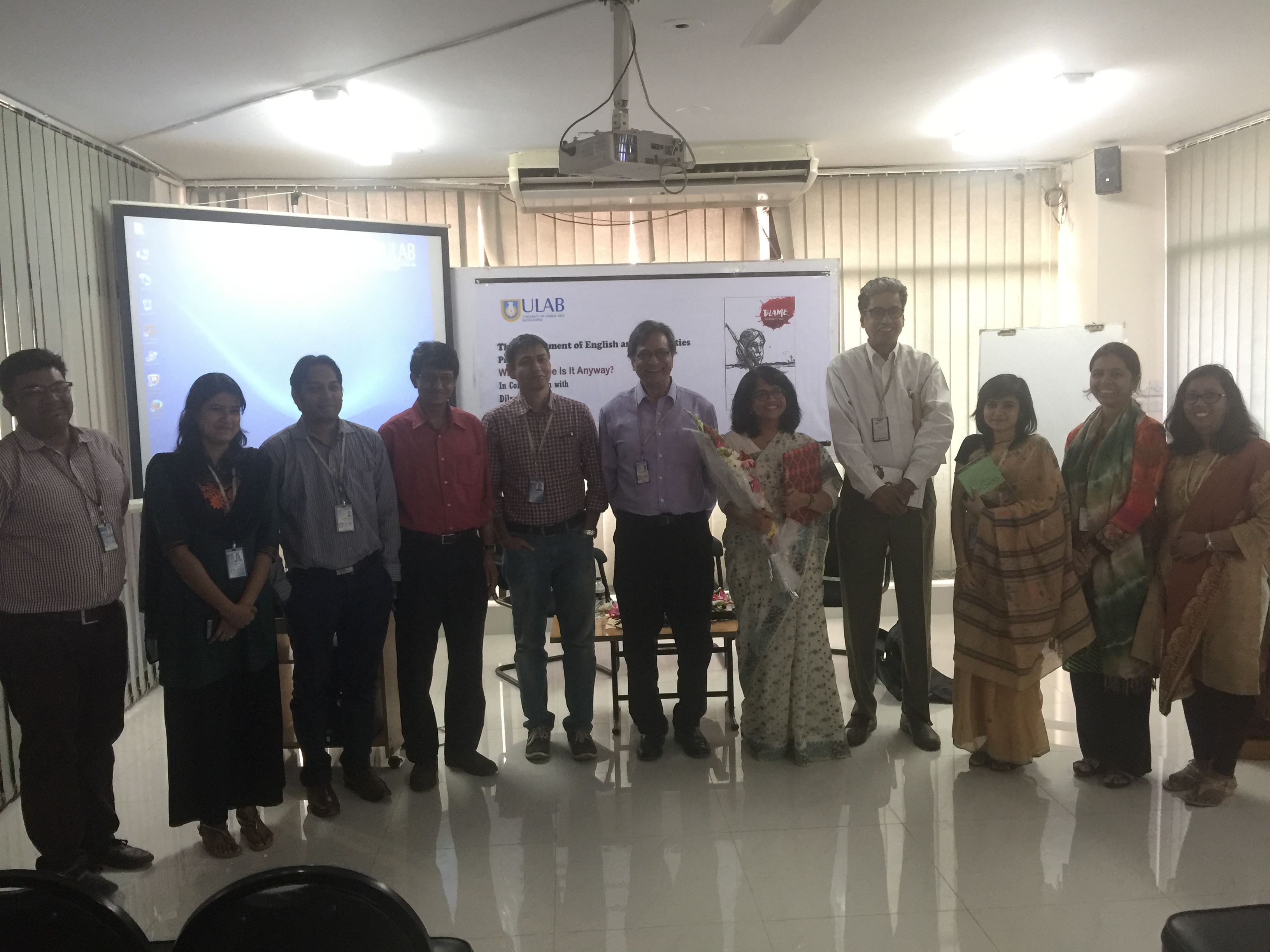 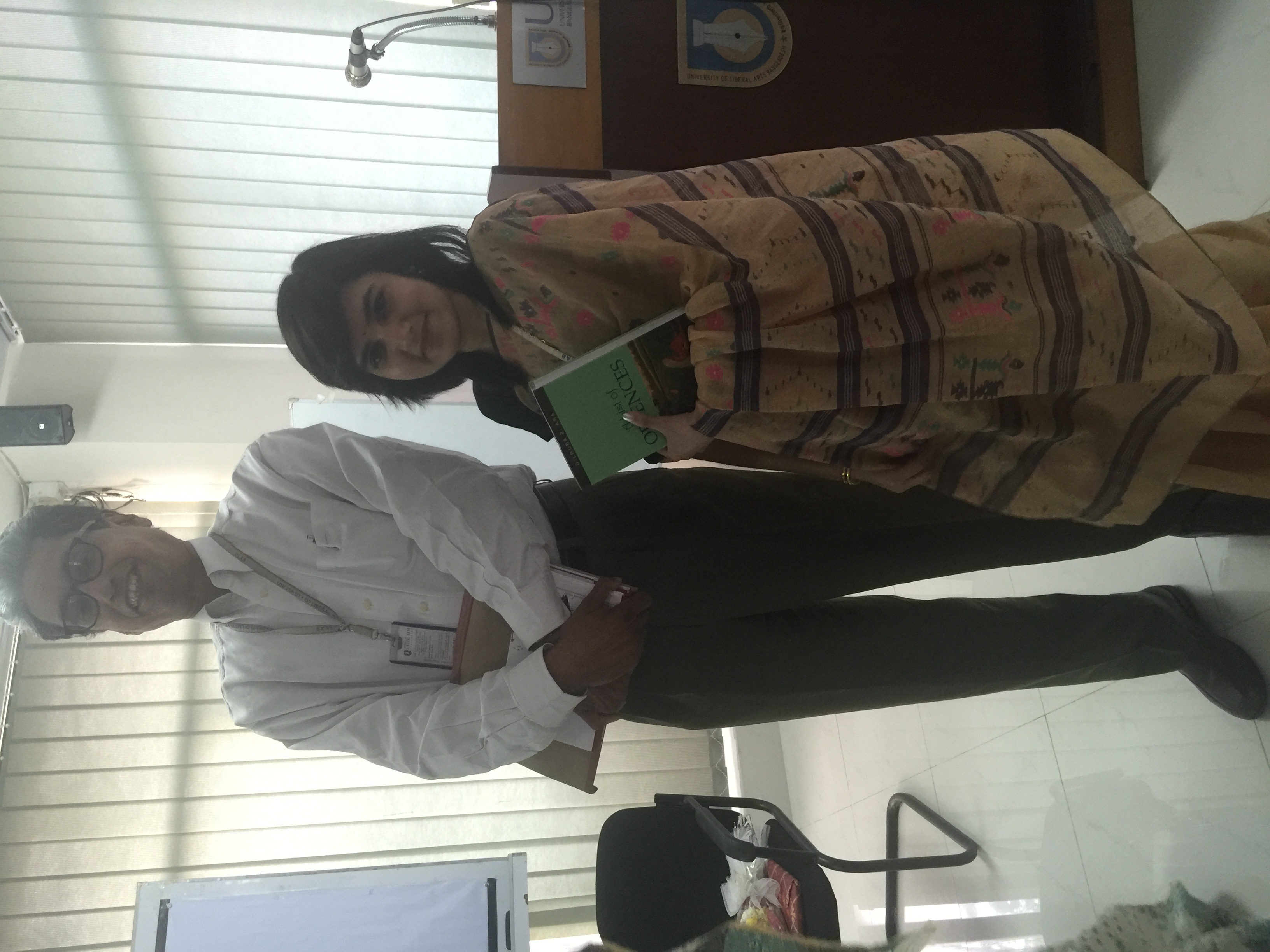