The first Bangladeshi poet to bring out authoritative collections on the traditional Japanese form, Quamrul Hassan conducted a workshop on Haiku at the University of Liberal Arts Bangladesh (ULAB) on Saturday, March 11.

Organized by the Department of English and Humanities and Paper Canoe (ULAB Literary Society), the workshop was attended by more than 20 haiku enthusiasts.

The immensely interactive workshop included an account of the personal pitfalls experienced by a novice haiku practitioner. The second part of the workshop required the participants to write haikus on a given theme. The poems produced during the creative session went through rigorous scanning by both the facilitator and the members present.

Inspired by the success of the workshop, DEH decided to float a haiku competition for its students. The best five haikus will be published in The Daily Observer and MUSE- the Mouthpiece of ULAB Students of English.

The Head of the Department, Professor Shamsad Mortuza, gave the concluding remarks and the vote of thanks. 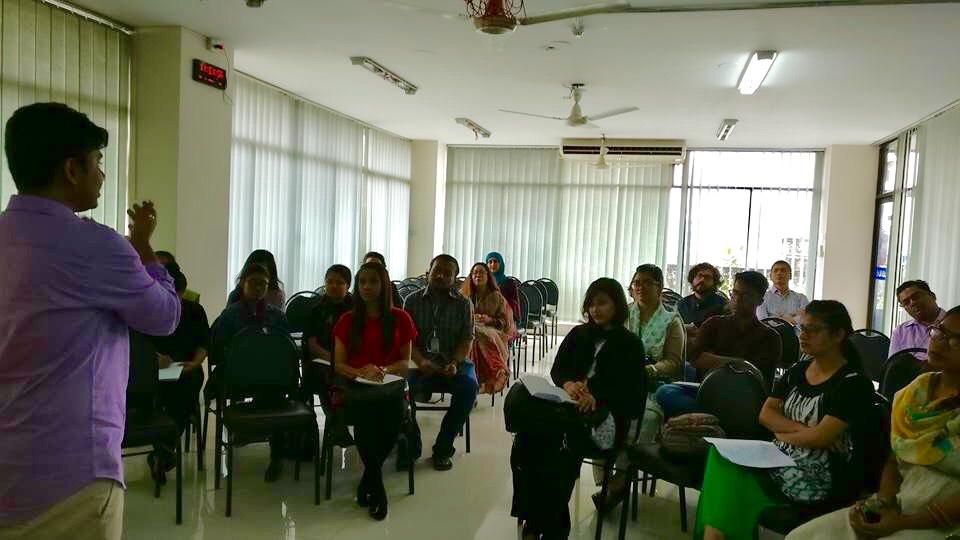 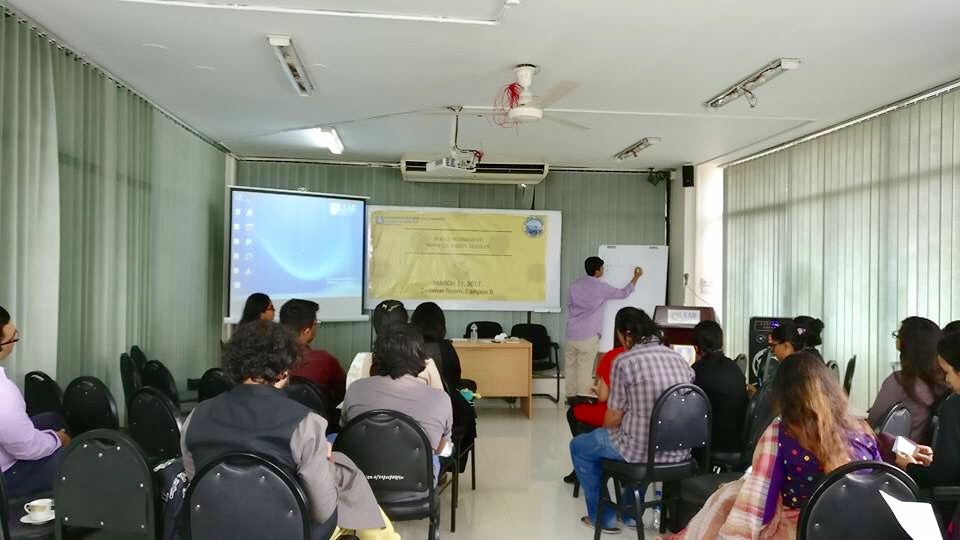 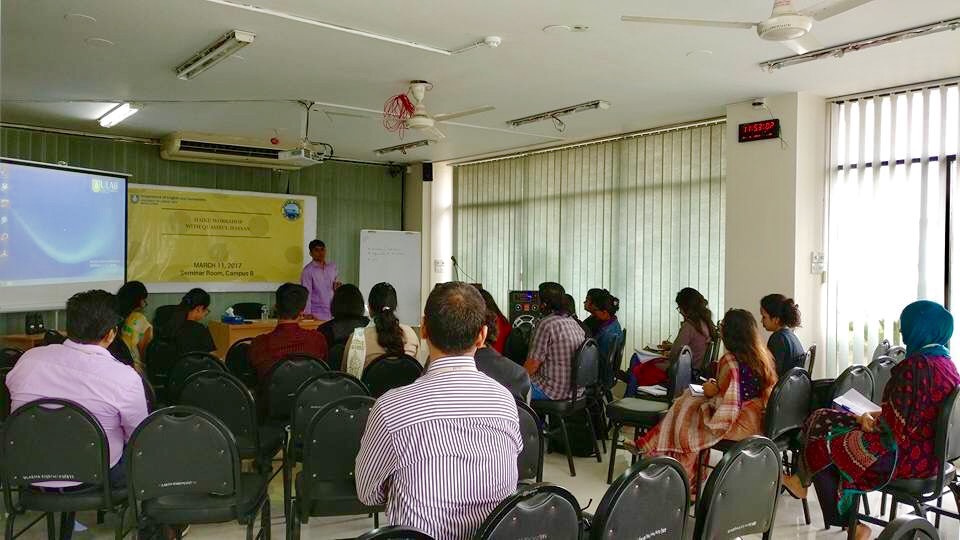 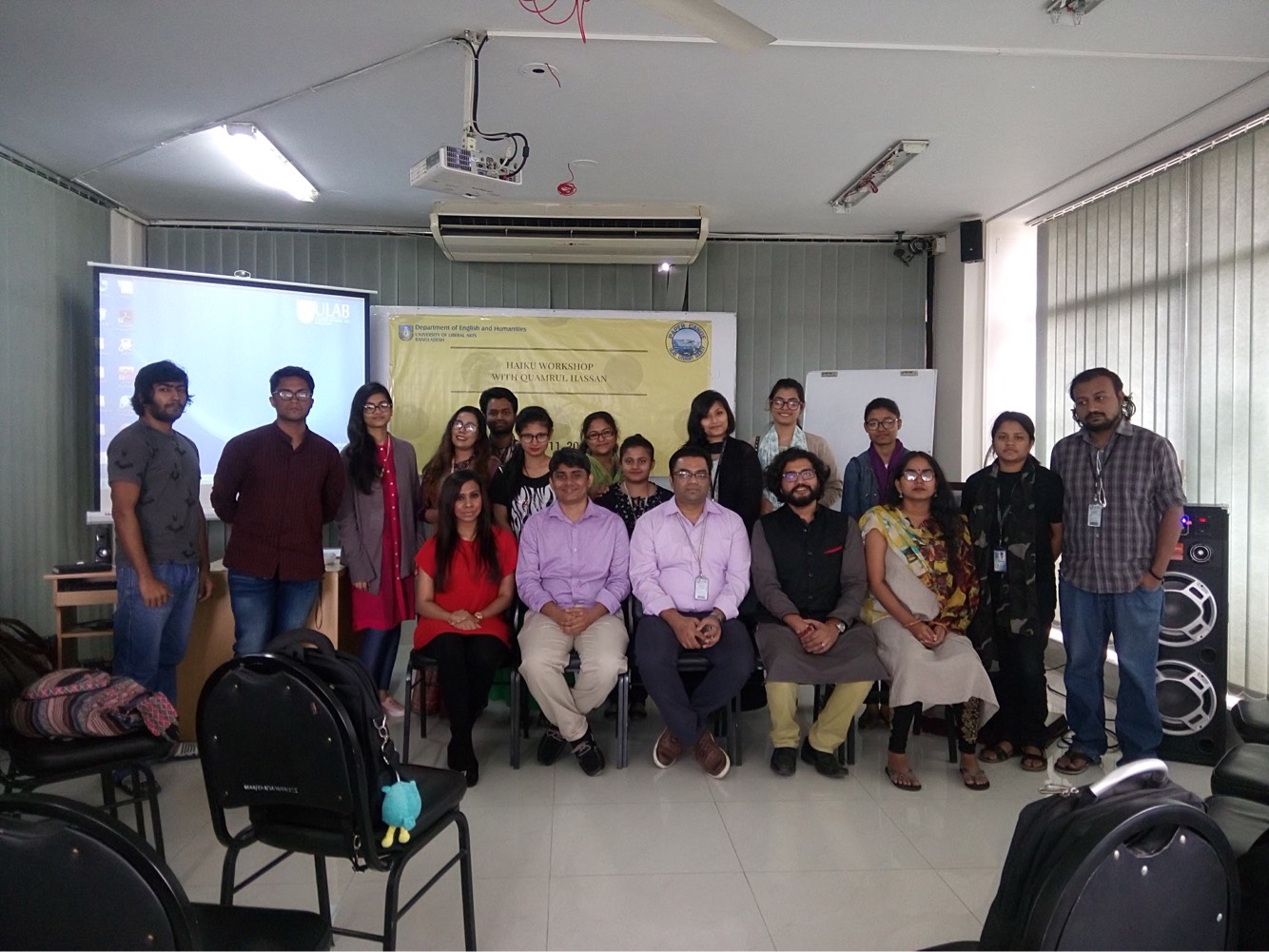 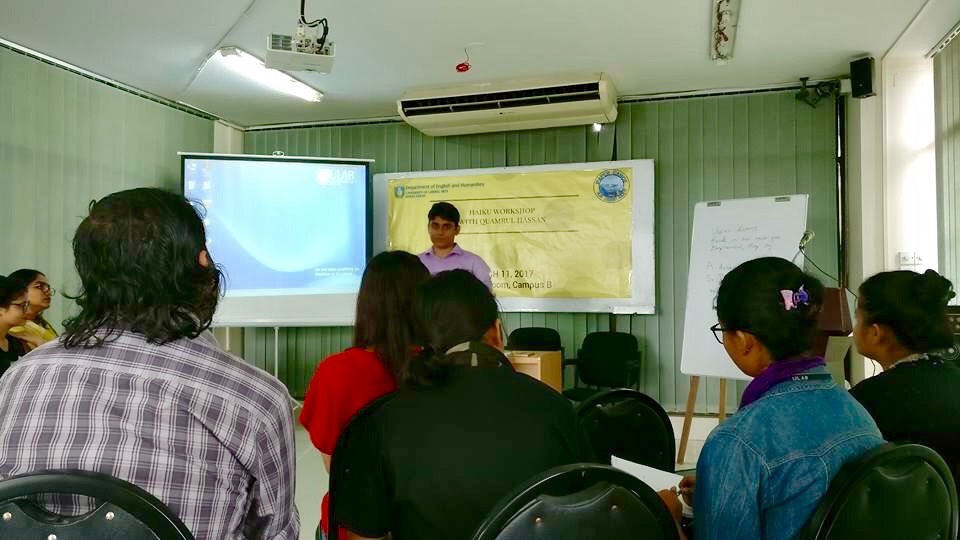