The Battle of the Senses

Home News The Battle of the Senses

The Battle of the Senses

“Battle of the Senses” at ULAB

A fun debate featuring some of the most distinguished academics of the country was held at the auditorium of University of Liberal Arts Bangladesh. The debate featured Professors Syed Manzoorul Islam, Kaiser Haq, Fakrul Alam, Azfar Hussain, Golam Sarwar Chowdhury and Shamsad Mortuza who spoke about sight, taste, sound, smell, touch and the sixth sense respectively. Writer, activist and entrepreneur Ms. Khushi Kabir presided over the program as chief guest.

The program began with an introductory remark by Professor Shamsad Mortuza, the Chair of the Department of English and Humanities, who spoke about the relationship between senses and existence, claiming our material existence is intimately related to our sensory experience without which the world cannot be experienced and coherently cognized. He also welcomed and thanked the speakers and the chief guest. Professor Mortuza’s speech was succeeded by a performance by Paper Canoe, ULAB Literary Society. The dance performed by the club beautifully embodied the role played by different senses.

After the cultural performance, Professor Fakrul Alam got on stage to talk about the persistence of sound in our daily lives. Drawing from his personal experience as well as from celebrated literary works, Professor Alam demonstrated how different sounds shape the horizon of our existence. He ended his speech by asserting that life without sound would be extremely boring and traumatic. In his discussion about the importance of the sixth sense Professor Golam Sarwar Chowdhuy cited examples from Humayun Ahmed and William Shakespeare’s works to explain how the sixth sense prevails in our life. At the end of his speech he narrated a personal experience to show how, sometimes, we become conscious of the death of near and dear ones in an extra-sensory manner. The mood shifted when Professor Kaiser Haq came on stage to humorously point out that instead of talking about taste we should taste something to understand how taste governs our lives. He elaborated on the relation between taste and aesthetics, claiming to taste is to aestheticize life. He also drew upon the works of Charles Baudelaire and ancient Sanskrit literature to explain how sexual pleasure is also tied to tasting life through the enjoyment of pleasure or ‘Rasa.’ Professor Azfar Hussain succeeded his teacher Professor Haq to discuss the importance of smell. He cited a number of literary and philosophical texts to explain how smell remains central to our lived experience. Professor Hussain drew upon a vast amount of literary, philosophical and political sources to assert that sense is deeply political and the understanding of it is central to our political and philosophical exploration of life. Among the terms he coined to explain this idea was ‘shitontology’—ontology or understanding of being related to refuse and bad smell. Renowned scholar and writer Syed Manzoorul Islam said that sight is the culmination of all the senses. He explained how society has transformed into a society of performers and onlookers, an entity that French Marxist and situationist philosopher Guy Debord calls ‘society of spectacles.’ While facebooking has become emblematic of this shift towards gazing oneself and the other, contemporary Dhaka city seems to have internalized this shift towards spectacular gazing, thus becoming both regulated and decentered. The final speaker, Professor Shamsad Mortuza, effortlessly navigated between personal and textual by evoking how touch remains central to our experience. He claimed that different touches have different meanings and sometimes touch can be enabling while on other occasions both confusing and oppressive.

After the lively and illuminating academic discussions, Khushi Kabir, the Chief Guest of the program brought the program to the end by emphasizing on the necessity of including female voices not only in literary discussions but also in social dialogues. Understanding of senses is also understanding of women’s lived experiences through all the senses.

Some Glimpses of the Event 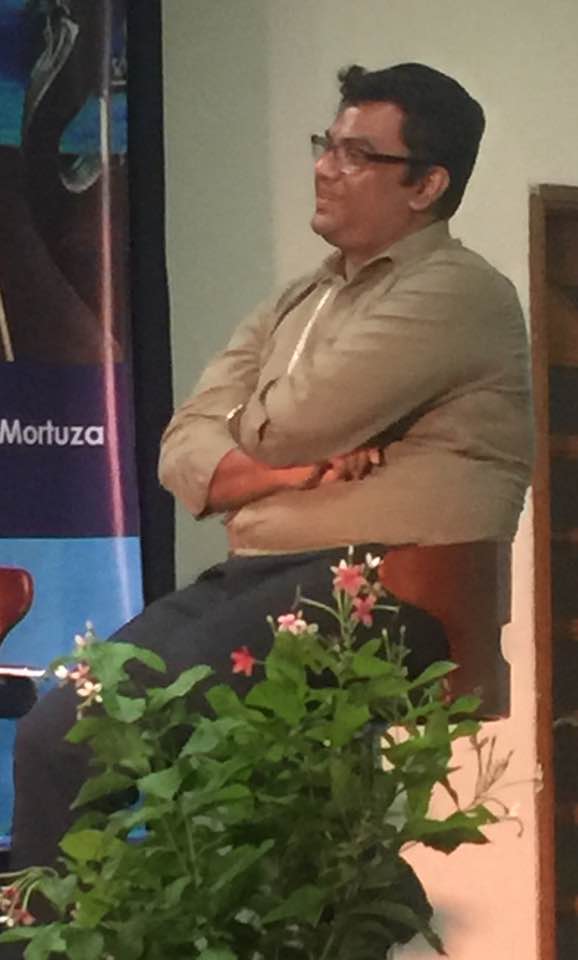 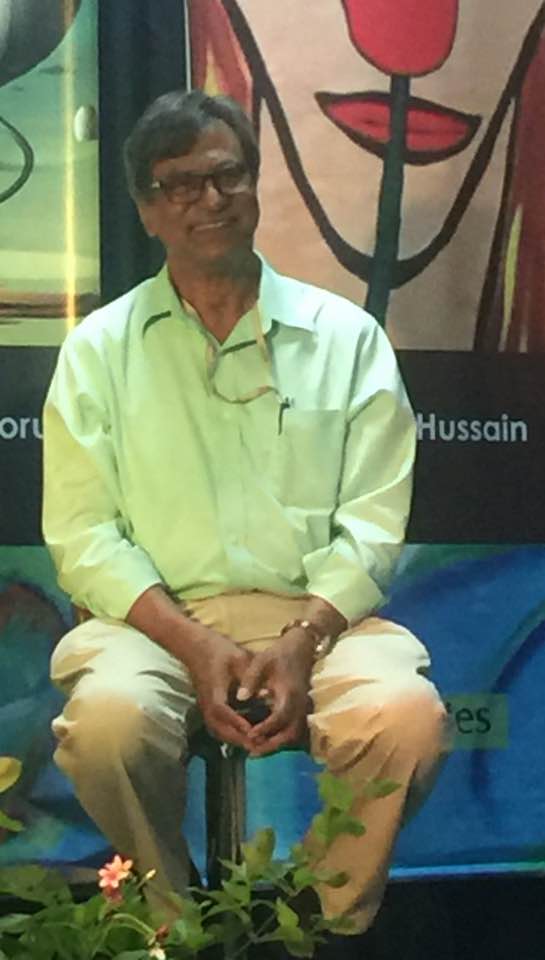 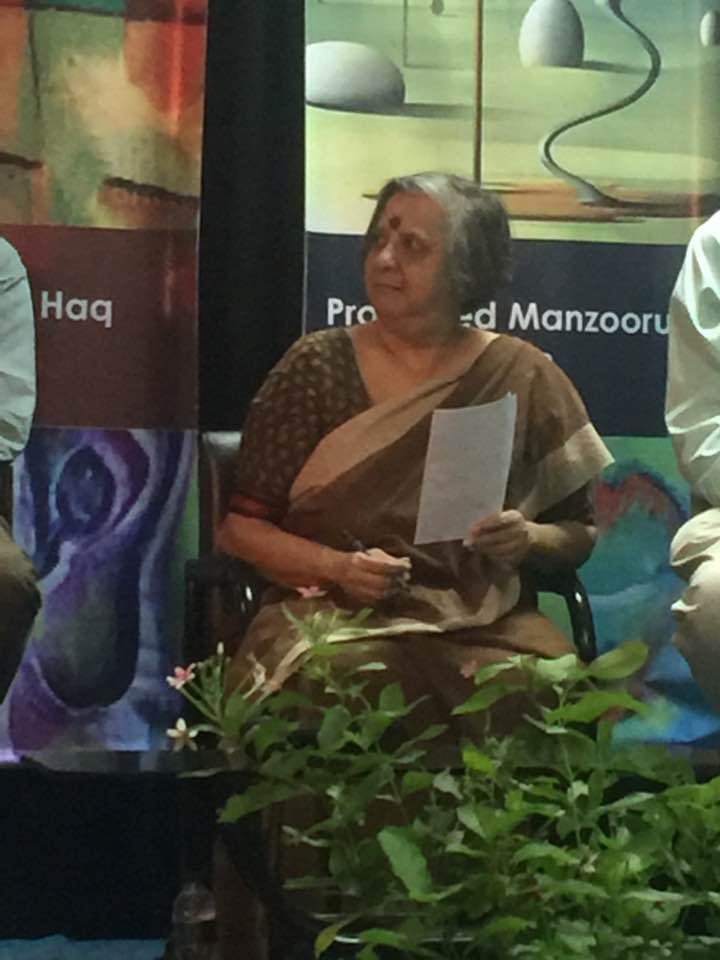 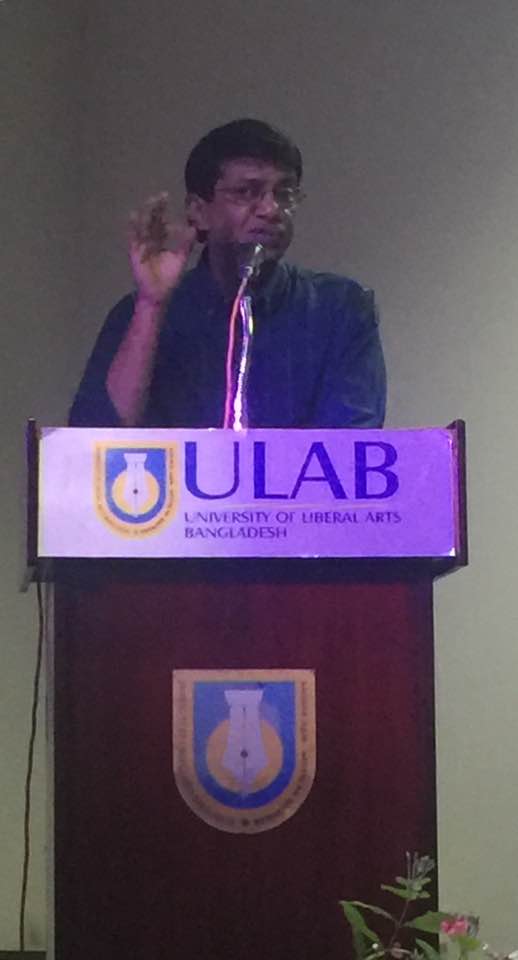 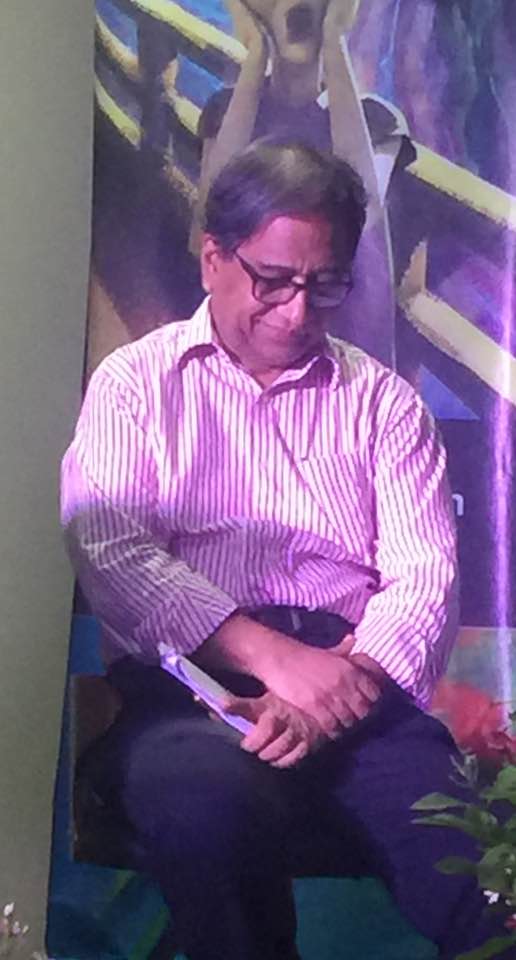 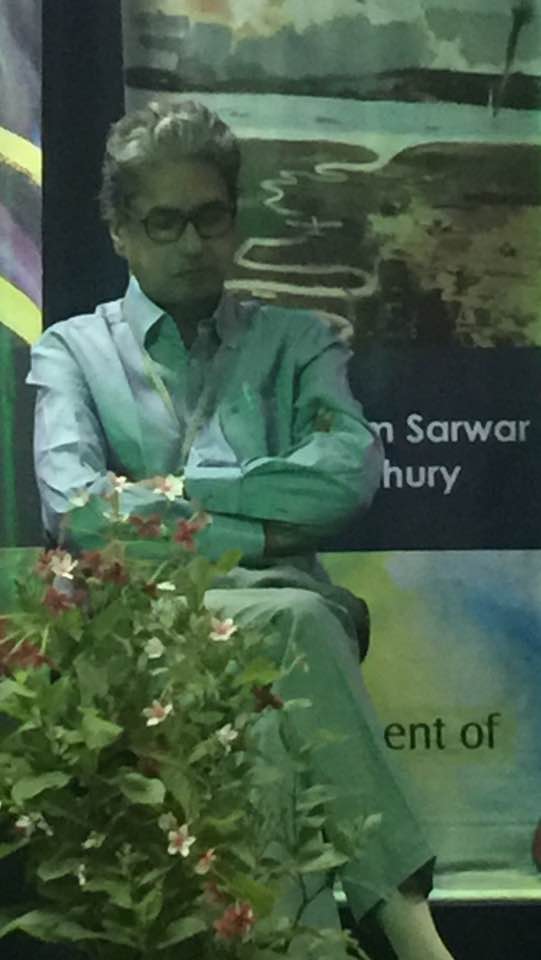 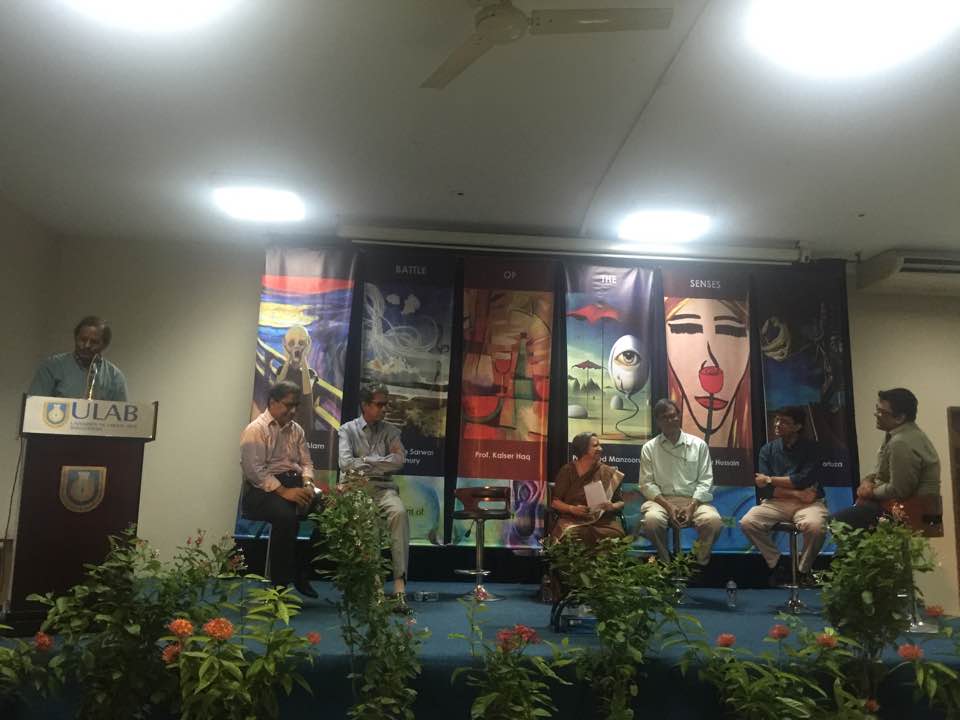 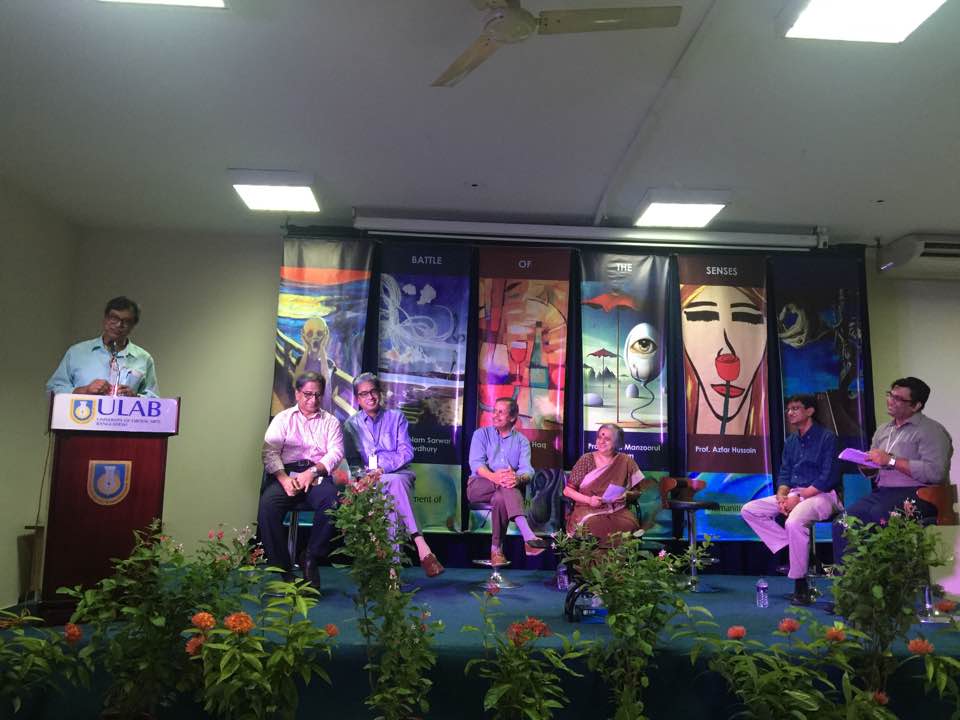