The Department of English and Humanities, in collaboration with the Center for Language Studies (CLS) and BELTA, organized an English Language Seminar at ULAB’s Campus A on July 4, 2019 from 3-5 pm. Two papers were presented at the Seminar.

Dr. Chris Tang of King’s College, UK presented a paper titled “’Hard to reach’: the role of the Sylheti-Bengali diglossia, orality and multilingualism in promoting public health and community resilience amongst UK Bangladeshis during extreme weather events.” Dr. Tang explored how complexities in cultural and linguistic translation have led to fewer resources being used to convey warning messages regarding weather to Sylheti-Bangladeshis in East London. His study examined how younger and older Sylheti-Bangladeshis assessed the messages/risks differently.

Dr. Obaidul Hamid from University of Queensland, Australia presented his paper titled “English and teachers of English: Reflecting on ideology, agency, and pedagogy.” Dr. Hamid focused on the paradigm shift in English among emerging English-using societies. He pondered on where to draw the line between actual errors and new varieties of the language.

The seminar ended with reflections on the papers by Dr. Arifa Rahman and the Vote of Thanks by Dr. Shaila Sultana. 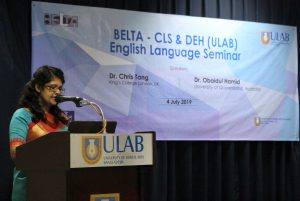 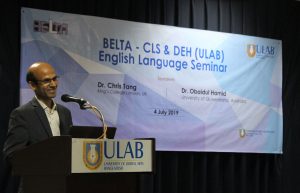 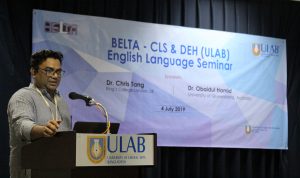 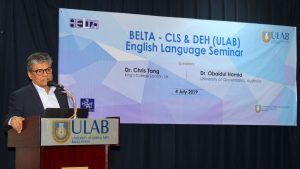 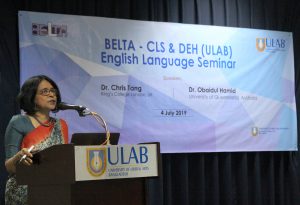 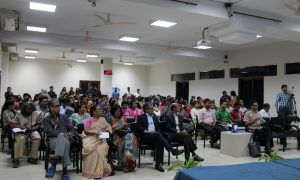 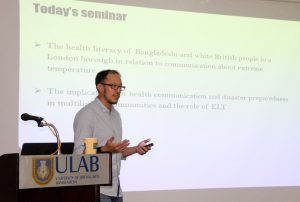 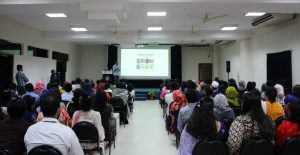 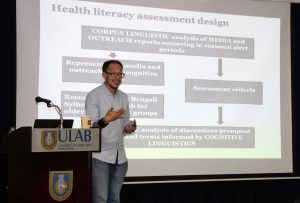 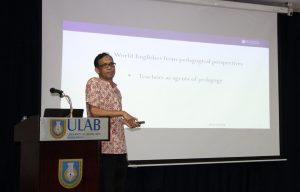 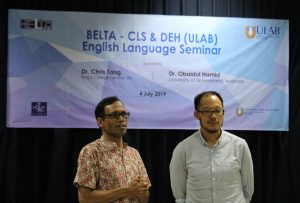 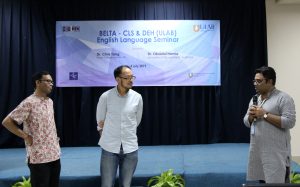 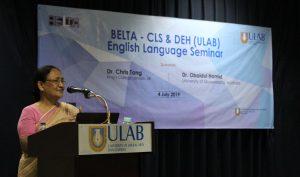 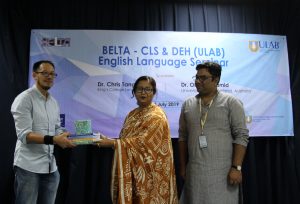 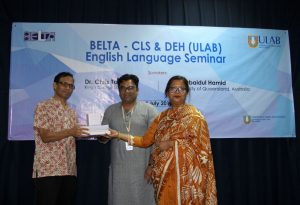 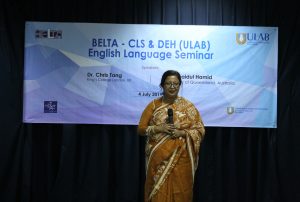 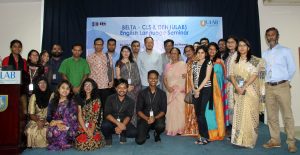 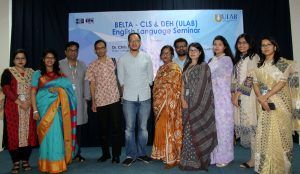