The Fall 2019 Apprenticeship Day of the Department of Media Studies and Journalism was celebrated on 24 October 2019, Thursday, at the seminar room of Campus B, University of Liberal Arts Bangladesh (ULAB). It was hosted by ULAB’s public relations-based apprenticeship program, PR4U.

The program started at 10.00 am and was graced by the head of the department Dr. Jude William Genilo, along with faculty members and the freshers of the Fall 2019 batch.

Dr. Genilo gave a warm opening speech for everyone. “Apprenticeship Programs are like a midway or bridge between your studies and your profession,” said Dr. Genilo, while talking about the apprenticeship programs and their importance. 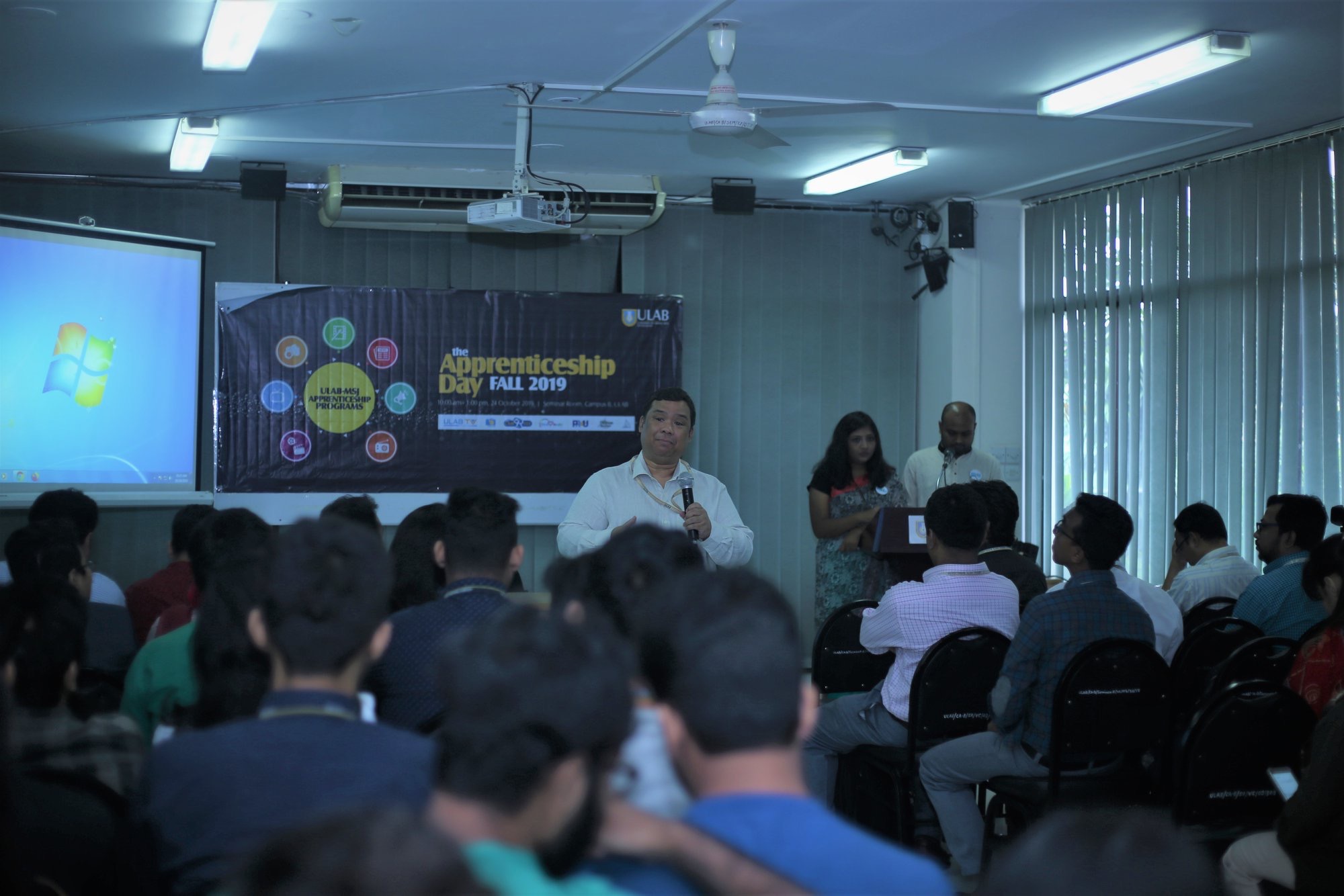 Following the flow, Assistant Professor and Advisor of PR4U, Bikash Chandra Bhowmick gave a brief introduction of the seven apprenticeship programs prevalent at the MSJ department.

The program ended on a happy note with a musical performance by ULAB’s un-plugged singer and student of the MSJ department, Tahmeed Hossain Taha.