The University of Liberal Arts Bangladesh (ULAB) paid tribute to Professor Brian Shoesmith, who was a former head of the Media Studies and Journalism Aepartment of the university. Professor Brian passed away on January 30, 2020. ULAB MSJ Alumni Association organized the memorial meeting on February 7, 2020 at the permanent campus auditorium of the university at Mohammadpur.

The program started with a speech by Professor Jude William R. Genilo, the current Head of the Department of Media Studies and Journalism. Professor Jude commemorated Professor Brian’s significant contribution to the department profoundly. He said when Brian started his journey with the department; the infrastructure and other facilities were very minimal. It was Brian who took the initiative to establish a media lab for the department. 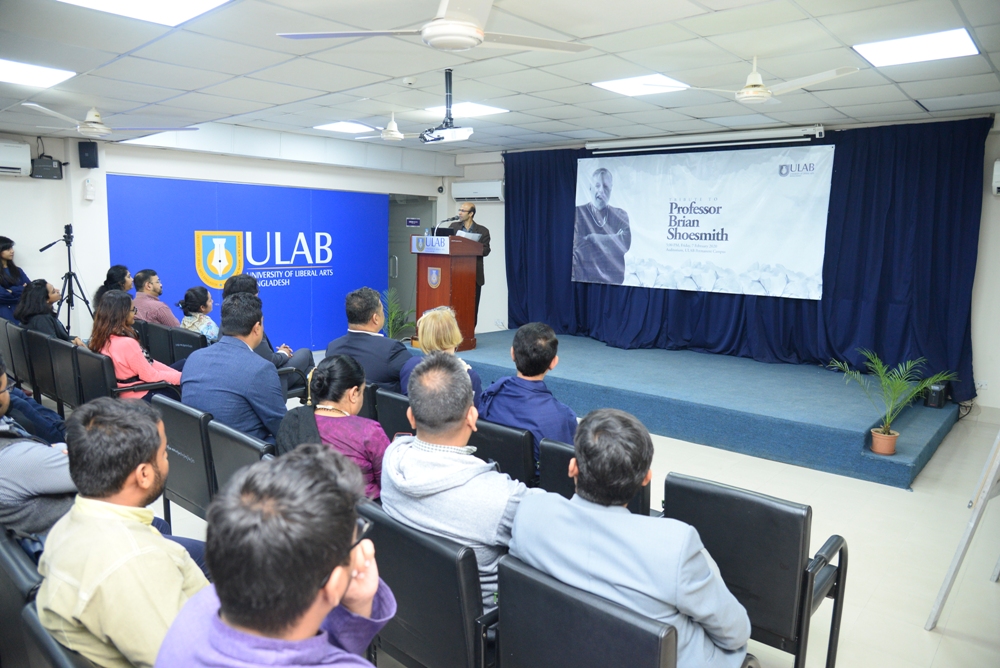 Juditha Ohlmacher, a member of the Board of Trustees of ULAB and Professor H. M. Jahirul Haque, the vice-chancellor of the university also delivered speech in the program commemorating Brian’s contribution to the university. They also shared their personal memoris of  Brian. 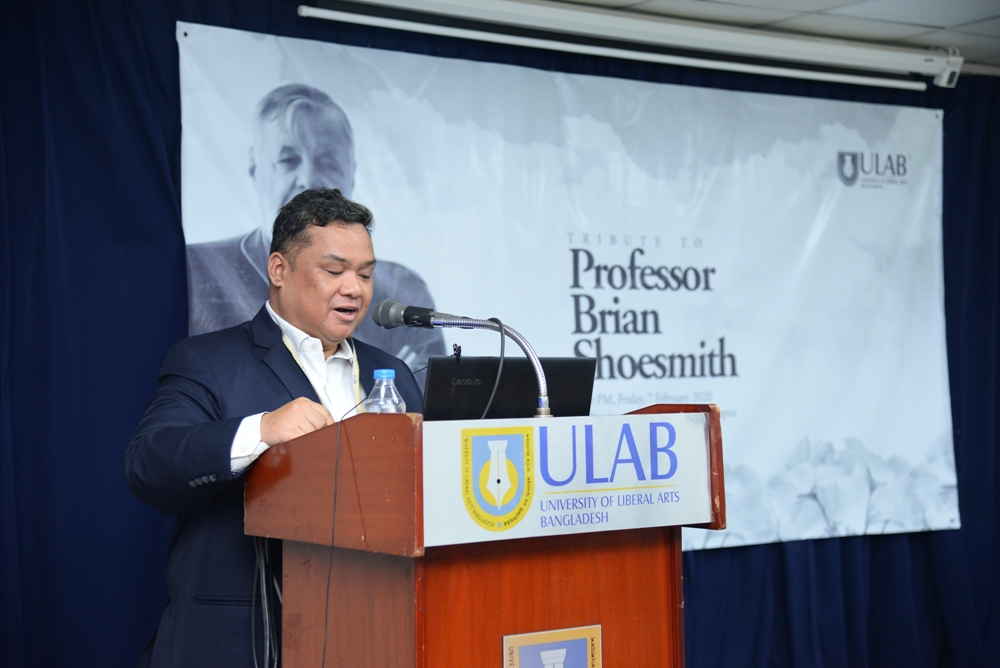 Professor Shameem Reza of the University of Dhaka, Marium Akther, part time faculty of MSJ ULAB, several alumni including Elizabeth D Costa and Raffael Ahsan also reminisced the works of Professor Brian. MSJ faculty members and former students of the department, among others were present on the occasion.

Professor Brian served as the Head of the Media Studies and Journalism Department of the University of Liberal Arts Bangladesh from September 2006 to September 2008. Later he joined ULAB as the Dean for Academic Development and a Senior Advisor for Strategic Planning, Board of Trustees.