I had the chance to work with ULAB-CSD for the first phase of fieldwork of my PhD in Political Science at ETH Zurich, Switzerland. I will briefly outline the rationale behind our research project entitled »Climate risk, land loss, and migration: Evidence from a quasi-experiment in Bangladesh«. 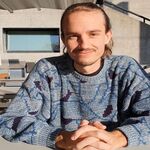 Global climate change is one of the most important and severe challenges the international community has ever faced. Existing evidence shows that it will have far-reaching repercussions for ecosystems and humans alike. Moreover, climate change is expected to induce mass-population dislocations, i.e., migration, due to droughts, sea level rise, or extreme weather events, such as stronger and more frequent storms or floods, particularly in countries of the Global South with low capacity to protect themselves and adapt to climate change. However, recent studies on climate change induced human displacement do not account for the possibility that people might adapt to changing climatic conditions. This is particularly relevant to slow-onset environmental changes, such as sea-level rise, where individuals and societies can anticipate such changes and take precautionary measures. With this project, we aim at contributing to a better understanding of whether, when, and how environmental changes lead to human migration.

We hope to offer a theoretical micro-foundation for the environment-migration nexus that highlights the different (i.e., behavioral, structural, and environmental) factors that induce people to migrate or stay. In particular, our framework proposes that there are multiple drivers behind decisions to migrate and that environmental changes are just one of them, which can have both direct effects on migration as well as indirect ones through impacts on other factors, such as individual/household economic well-being. Consequently, our framework seeks to bring analytical rigor to a field that has been dominated by unsubstantiated and casual empiricism. Second, we seek to provide credible empirical inferences concerning rates of migration due to livelihood losses caused by environmental changes. Since human exposure to environmental stress, whether induced by climatic changes or other factors, is non-randomly assigned, using observational data to empirically examine environmental migration is challenging. To cope with this challenge, we focus on a particular case: riverbank erosion along the Jamuna River in northern Bangladesh.

During the fieldwork, we collect micro-level data to compare affected and unaffected populations at a similar baseline risk, as well as migrants and non-migrants from the very same areas along the Jamuna. The aim is to isolate the causal effect of deteriorating environmental livelihoods on migration.The project will not only identify the effect of environmental stress on migration behavior of individuals and communities in a particular case. It will also provide valuable insights of broader relevance into whether and how societies react, or could react, to slow-onset climatic changes such as sea-level rise, drought, and soil/water salinity. Moreover, the methodology developed in the project can be applied in other cases and can inform prediction models of future climate-induced migration rates. The findings can be utilized by institutional actors at both local and international levels when seeking to identify policy options to increase the adaptive capacity of populations vulnerable to climatic changes.

During this phase of fieldwork, we first conducted a small pilot study in March 2021, conducting household interviews in three different villages along the Jamuna. After having revised the research design based on the findings from the pilot, we conducted the full wave of data collection in June 2021, visiting various villages distributed along the whole length of the river. Most of the villages were very remote, which guaranteed many surprises when trying to reach the villages. The modes of transport we had to use ranged from microbuses over vans and motorbikes up to various types of boats. What was, however, the best part of the experience was that I had the chance to work with an amazing team of more than 20 students, partly from ULAB and partly from other Bangladeshi universities. The team was highly motivated and interested in properly understanding the research project, which provided mutual benefit – capacity building on the side of the students, high-quality data collection on our side.

Throughout both the pilot and the first wave, ULAB-CSD provided valuable logistical and administrative support, for example in arranging transport and accommodation, recruiting students for the fieldwork team, and in consulting us about the feasibility of conducting the field research in such challenging times. I would like to express my gratitude to everyone who made this data collection possible – both the field team and the CSD staff. A special thanks goes to Dr. Samiya Selim for coordinating the project support on the side of CSD!